The 11-year-old son of a single mother who cried out for help today on Twitter, has been found.

Nelo Atuanya said her 11-year-old son named Atuanya Chiemezie Victor was found in Asaba where he went to board a bus so that he could go to Lagos. She said those at the park detained him until someone from her town showed up and brought him back home. 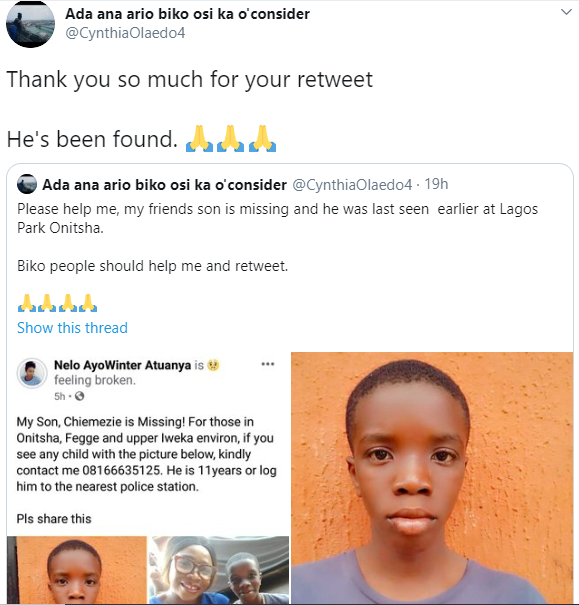 The grateful mum wrote: “Pls help me RT that he has been found ooo, he was detained in Asaba where he went to board to Lagos and brought back this morning to my hometown.”

“Glory to God umunnem He has been found. Your prayers and concerns got him safe. He was found in Asaba where he went to take bus to Lagos and was detained by the park people, until they found someone from my hometown who then brought him back to the village not up to 30mins ago.” 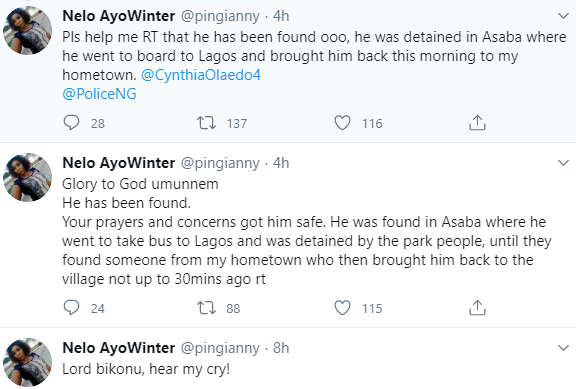 Before he was found, his mum had said that he was last seen at the Lagos park in Onitsha, Anambra state.