Drama at the airport as Kanye West gifted DJ Khaled a pair of his unreleased Yeezy brand he wore,and thus left bare footed to his waiting private aircraft.

DJ Khaled met Kanye on an airport tarmac as they were both about to board their respective private jets and Kanye took off his shoes – an updated version of the adidas YEEZY 700 V3 – and gave them to DJ Khaled.

Despite being tied to Nike and Jordan Brand, Khaled graciously accepted the shoes. 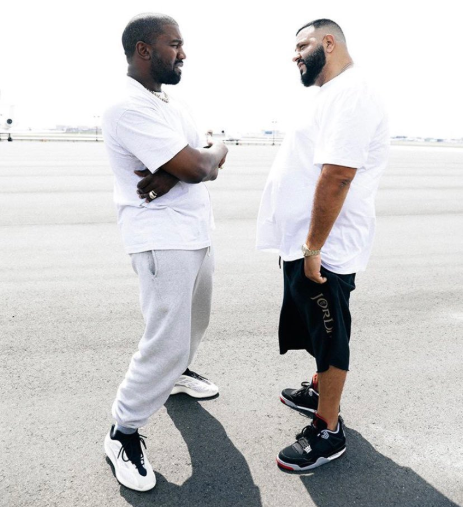 DJ Khaled shared the encounter via his Instagram Stories.

Toke Makinwa: I am ready to give love another chance

Aisha Buhari confirms authenticity of viral video of her shouting in...