The Federal Government via the National Broadcasting Corporation has made firm on its decision to ban Olamide’s anthem and hit track of the moment, Wo.

This is coming a few days after the Federal Ministry of Health had openly aired it displeasure regarding visuals to Wo. In its own opinion, the video portrays a bad message that encourages second-hand smoking.

However, NBC did not stop there as they also went further to ban four other hit tunes, Wavy Level by YBNL boss Olamide; FALL and IF by DMW boss, Davido and also Living by 9ice.

You would recall that Falz had earlier called out music acts who entertain lavish lifestyles and also fraud. In view of Falz comment, 9ice’s “Living Things”, was the major talking point.

Apparently, we would not be hearing these hit tunes on our airwaves again. 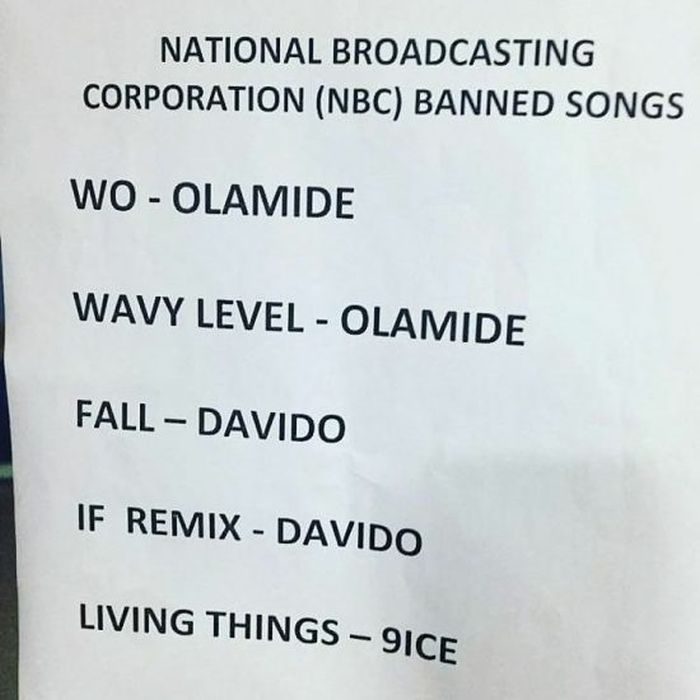 Diamond Platnumz ex- girlfriend, Wema Sepetu, says she loved it when he beats her

Wendy Shay brags of being the Black Panter of Ghana music

Badgalriri and Don Jazzy Cuddling Up