A Nigerian man based in the Netherlands has accused SARS officials of extortion.@D_Denniseman took to Twitter to cry for justice.

He said he returned to Nigeria for the holiday but was stopped by men claiming to be SARS and they forced him to transfer 600,000 Naira to them.

He shared a screenshot of the Bank transaction to show the account he was forced to transfer money to.

He tweeted: “My name is Dennise and I am a Nigerian based in Netherlands . I came into the country for the holiday. On Sunday 8/12/2019 on my way from Lagos to east along Benin road, I was stopped by men who claimed to be men of #sars and extorted #500,000 via bank transfer.”

“Pls help me get justice,” he concluded. 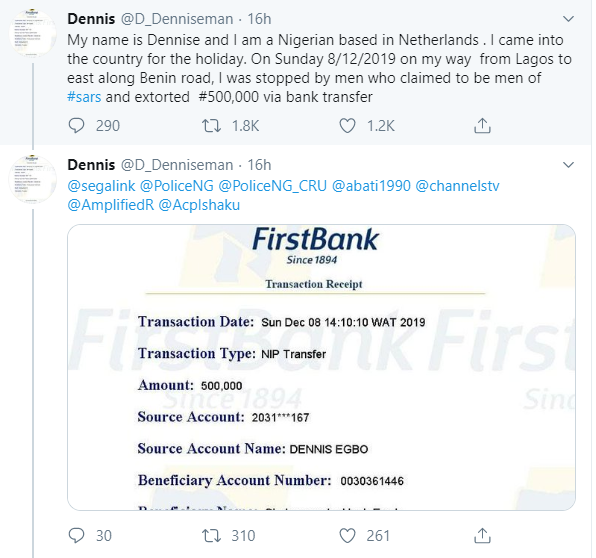 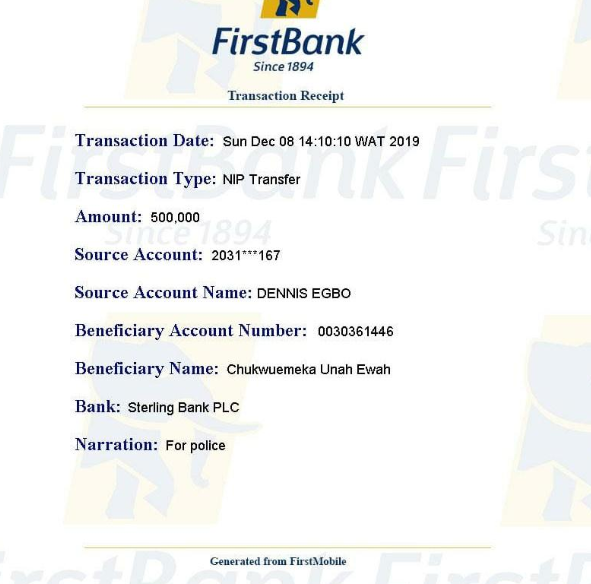 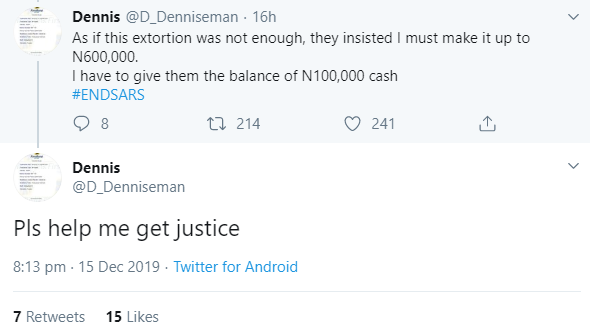 Picture Of Lady Who Disappeared While Jogging In Ajah, Lagos