The Super Eagles of Nigeria have been elimiated from the 2018 FIFA World Cup after Argentina secured a late 2-1 win.

It all started with Messi, who scored in the 14th minute to give his side the lead .

But a tackle by Javier Mascherano, who grabbed his attacker inside the box, resulted in a VAR-confirmed penalty kick. Victor Moses had no trouble with it as he scored a fantastic goal to level the score line. 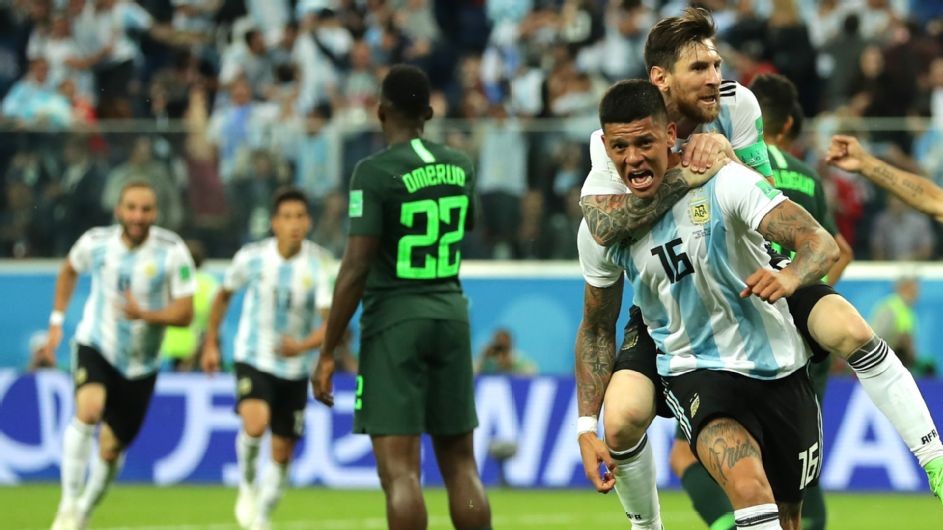 Argentina side then called in Cristian Pavon, Maxi Meza and Sergio Aguero off the bench for one final push. But it was Marcos Rojo, a defender, who got the winner with a right-footed finish in the 87th minute.

Thanks to Croatia’s win over Iceland, Agentina finish second in Group D. They’ll take on France in the round of 16.