Notorious and controversial Nigerian singer, Azeez Fashola popularly  known as Naira Marley will be back in court in October 22nd for the commencement of his fraud trial.

Naira Marley was arrested on his birthday, March 10th 2019 by operatives of EFCC on allegations of advance fee scam and related cyber crimes.

After his arrest, the anti-graft agency filed 11 charges against Naira Marley bordering on alleged cyber crime and identity theft. The alleged crimes were in contravention of the Money Laundering (Prohibition) Act and the Cyber Crimes Act, which the artiste risks seven years in jail if found guilty. 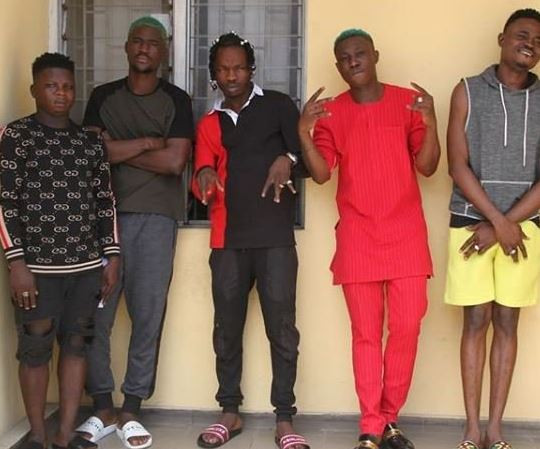 The charges with suit number FHC/L/178C/19 were filed before a Lagos State High Court. 10 days after his arrest, Naira Marley was arraigned before Justice Nicholas Oweibo of the Federal High Court, Ikoyi, Lagos.

He was however granted bail on May 30th but he remained in custody for another two weeks as he couldn’t fulfill his bail conditions on time which at the time was ‘the sum of N2m, two sureties in like sum. The judge also said one of the sureties must be a civil servant not below Grade Level 10 and must own a landed property in Lagos State.

The judge directed the EFCC to verify the bail terms and adjourned until October 22 for commencement of trial.

Tacha called out for showing off fake designer shoes