Nollywood actor, Timini Egbuson has been called out by Twitter users for allegedly dating a 19year old lady simply identified as Chioma.

Nigerians have aired their disapproval of the relationship as many believe the age gap is too much and Timini might just be taking advantage of a 19year ‘Minor”.

It is gathered that the beautiful teenager is a lifestyle Youtuber who lives in Oko Oba area of Lagos State and the relationship between her and Dakore Egbuson’s younger brother has been on for a while till it got out to the public. The couple has been spotted all cozied up several times at Popular outlet in FCT, Junkyard grills during Chioma’s 1year National mandatory service.

Further findings suggest that Chioma is not 19 as many believe, the petite lady is 24. ThinfoNG exclusively gathered from a friend of hers and secondary school mate who revealed she attended Chrisland College.

Nigerians have however slammed the actor for taking advantage of Chioma whom they believe to have been in the relationship while she was underaged.

See photos and reactions below 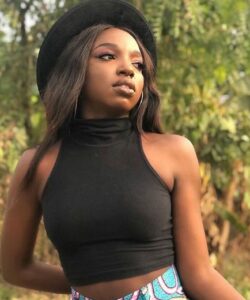 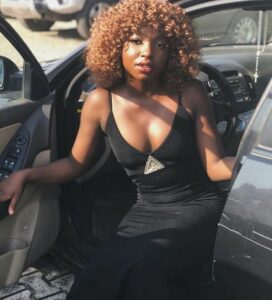 You’re dragging Timini but when Regina Daniels got married to ancient of days, you echoed “YASS QUEEN” “SECURE THE BAG” like a stubborn goat led to slaughter.

I’m having a conversation with my colleague and she is angry about the fact that Timini is dating a 19 Year old.

I feel 19 Year is old enough to do whatever.

Let’s be honest 19yrs old ain’t adult Yet, Timini is so so wrong, i know what i am saying, they are too young to know what they want, they can’t differentiate good from bad yet, girls should start dating and entering relationships when they hit 30. 😂

Beyonce & Jay Z spotted looking lovely as they step out...

Patoranking Look that we are Loving