Many Nigerians have angrily reacted in outrage after the “Hate Speech” Bill, proposing the death penalty for offenders, passed first reading yesterday, November 12, 2019.

The Bill, sponsored by Senate deputy chief whip, Sabi Abdullahi, appealed to the upper legislative chamber to approve death by hanging or life in jail for anyone who runs afoul of the proposed law.

Though the bill passed the first reading at yesterday’s plenary in the National Assembly, opposition lawmakers kicked against it, stating that it was targeted at gagging social media interactions.

Nigerians quickly took to social media to react to this bit of information.

Reno Omokri was among the first set of people to criticize the bill (read here). Other Nigerians have now weighed in.

Betty Irabor, the founder of Genevieve Magazine, reacted to the Hate Speech Bill, writing: “We should start by sentencing all corrupt politicians to death…”

A great number of Nigerians shared her sentiments and they expressed the same view via various social media platforms.

See some tweets on the matter below. 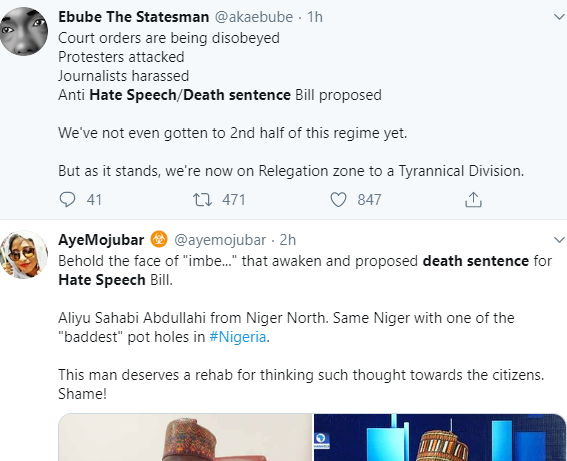 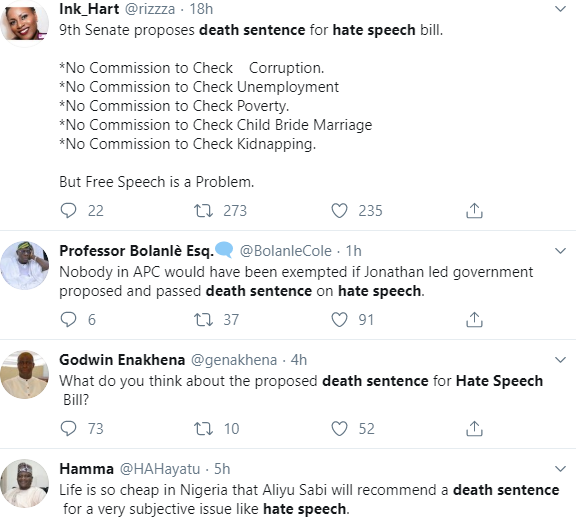 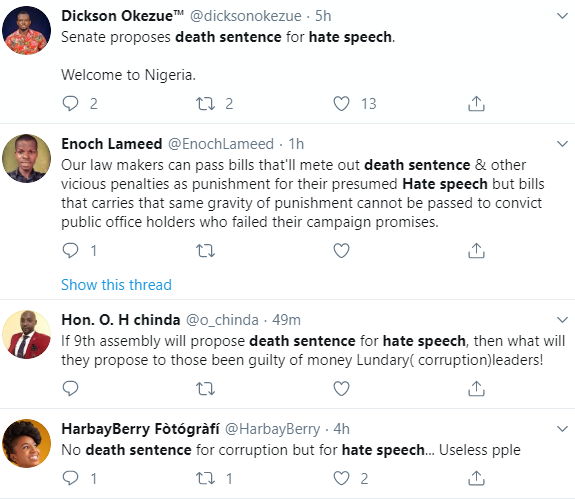 Man Who Was Criticized For Kissing A Minor In Viral Video...

DRAMA! Suspected COVID-19 patient refuses to be taken away by health...