Nipsey Hussle‘s murder has rocked the music world, but it has also sparked new spins on his most beloved tunes — ’cause the rapper is dominating the charts.

The Crenshaw rapper’s music has soared on Amazon and iTunes in the wake of his fatal shooting, with a lot of his former projects jumping up in position by as much as 500%. Specifically, Nipsey’s debut studio album, “Victory Lap,” has skyrocketed to the #1 album on Amazon’s Movers & Shakers list … having risen by a whopping 504,766%. 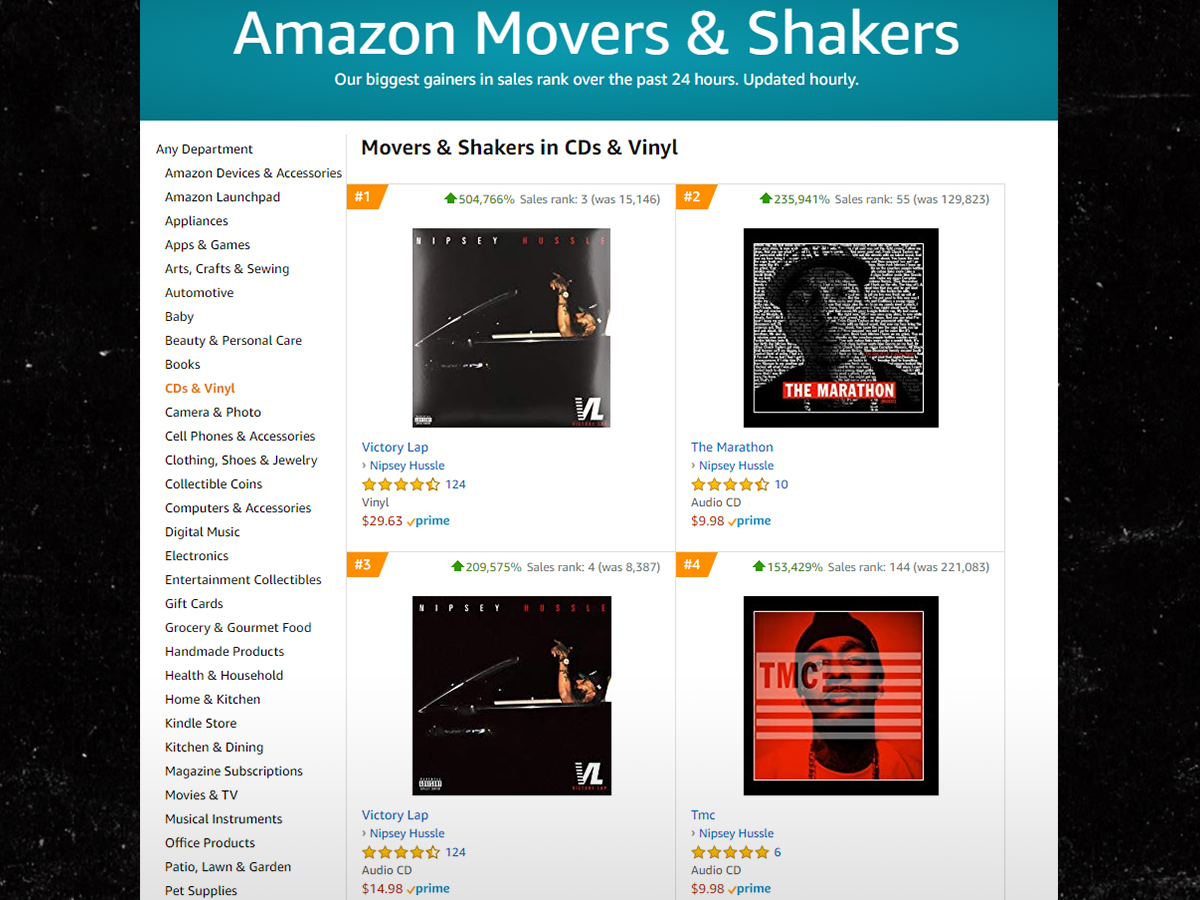 That’s not all though — Nipsey’s album and previous mixtapes actually occupy all four top slots on Amazon’s Movers & Shakers list. “Victory Lap” has also jumped to #2 on Amazon’s overall bestsellers in digital music.

Nipsey’s making an impact on iTunes as well — his studio album is ranked second on its album chart, and his mixtape, “Crenshaw,” has climbed to #12 on the list.

For the record, “Victory Lap” was nominated for Best Rap Album at this year’s Grammy Awards. It lost out to Cardi B‘s record, but it was still a major milestone for Nipsey.

TMZ broke the story … Nipsey was shot and killed Sunday outside of his Marathon Clothing store in South L.A. He was pronounced dead at the hospital.

Have you ever seen a successful musician having a good home?...