According to the report, Nollywood actor, Alkali Matt, popularly known by his stage name Dareng, has passed away while filming on set on 24 March 2020.

The news of Alkali Matt’s death was shared by Dimbo Atiya on Facebook as he said Matt passed on at around 7 pm “suddenly while he was filming on a set for an epic movie in a village near Keffi.”

Matt is popular for his role as Dareng in the African Magic series “Halita.”

Atiya shared a series of tribute to him via his facebook handle, 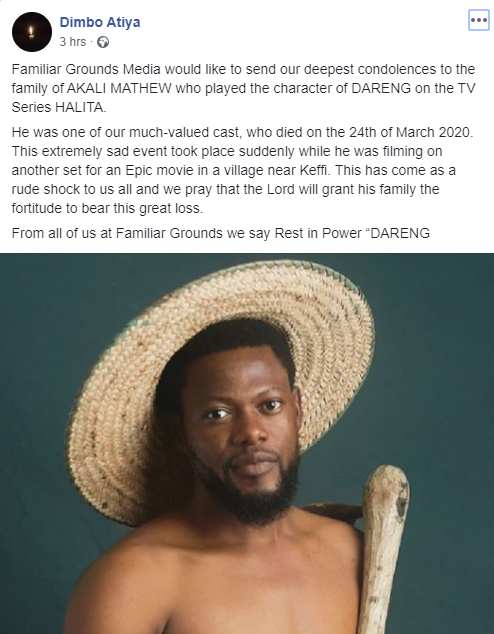 Sam Smith reveals desire to become mother of children at 35

Davido reveals the last time he had s*x

Hikers spotted Hillary Clinton going on a hike with her daughter