Paris‘ archbishop ditched his holy headgear for something a little more practical during the first mass in the Notre Dame Cathedral since the fire … opting for a helmet instead.

Archbishop Michel Aupetit and a number of his fellow clergymen held their first church service Saturday in a chapel behind the choir, which was deemed safe by construction experts who’d been consulted on the ceremony … according to AP.

Auteptit wasn’t the only one protecting his noggin from any potential lingering debris from the ravaged roof — which was set ablaze in April. A bunch of other priests on hand, as well as about 30 others who were present, all appeared to be wearing hard-hat helmets. 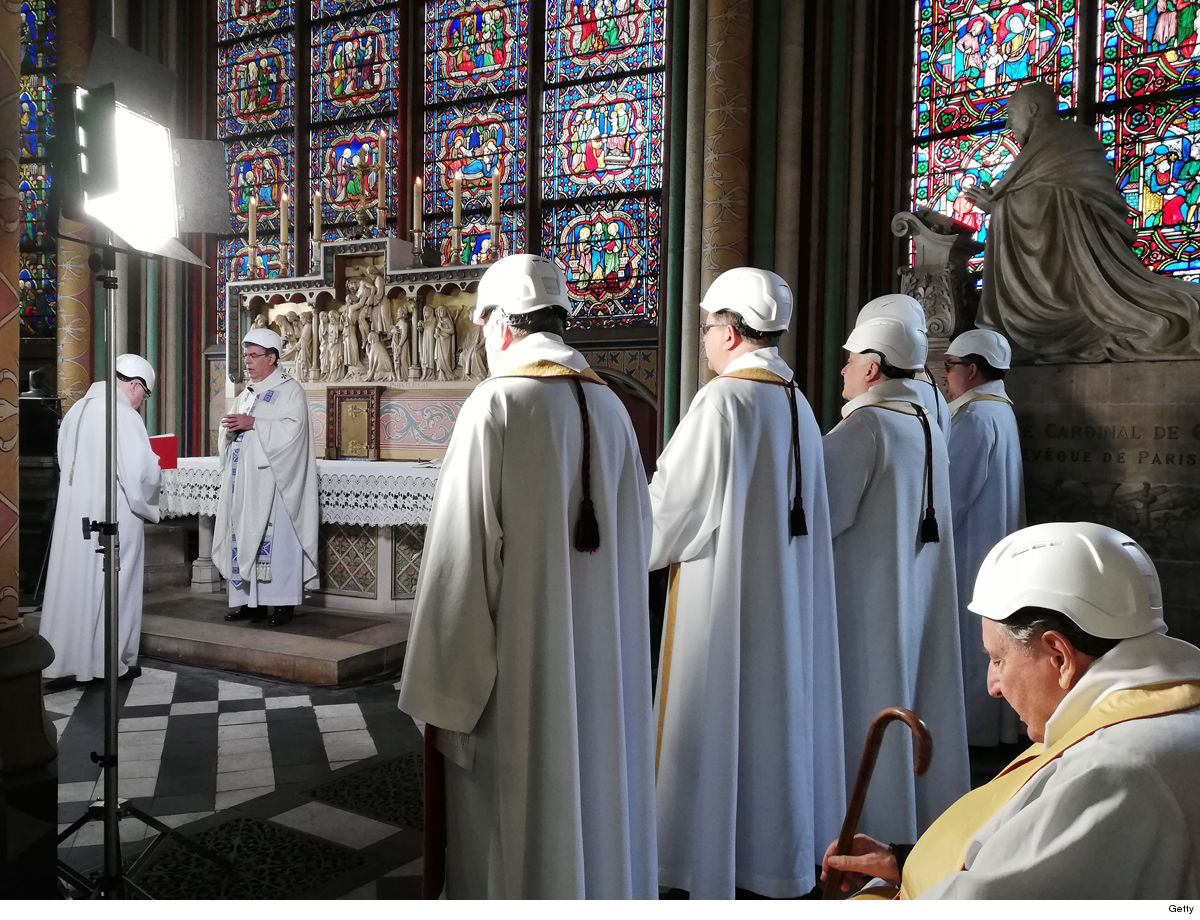 Hey … better safe than sorry, right? Authorities have said the place is still very much so in the rebuilding phase — and will be for the next 3 years — and it’s likely somewhat hazardous after the inferno destroyed much of the roof as well as the structure’s spire.

You don’t wanna leave anything to chance … or faith, for that matter. Treating it like a construction site’s a good idea if you’re going in there. And go in they certainly did.

According to reports, Saturday’s mass marked the anniversary of the consecration of the cathedral’s altar, which is apparently celebrated each year in June. Fire or not … these guys clearly take the affair seriously enough to risk injury or worse. 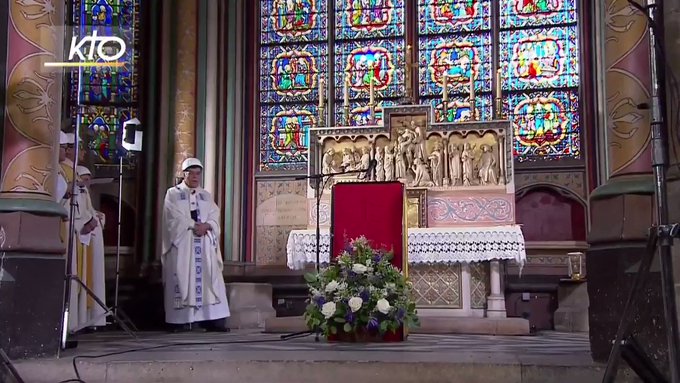 For the first time since the devastating fires of April 15th, the Creed is solemnly chanted in Latin, once more in the Cathedral of Notre-Dame de Paris

What’s also interesting … if the priests were able to get in this early and hold mass, ya gotta wonder if they’ll reopen their doors early to the masses as well.

Hard hats for everyone? Lordy …