Manchester United striker, Odion Ighalo’s three children are proudly showing their support for their father by rocking the new jerseys of their fathers club. 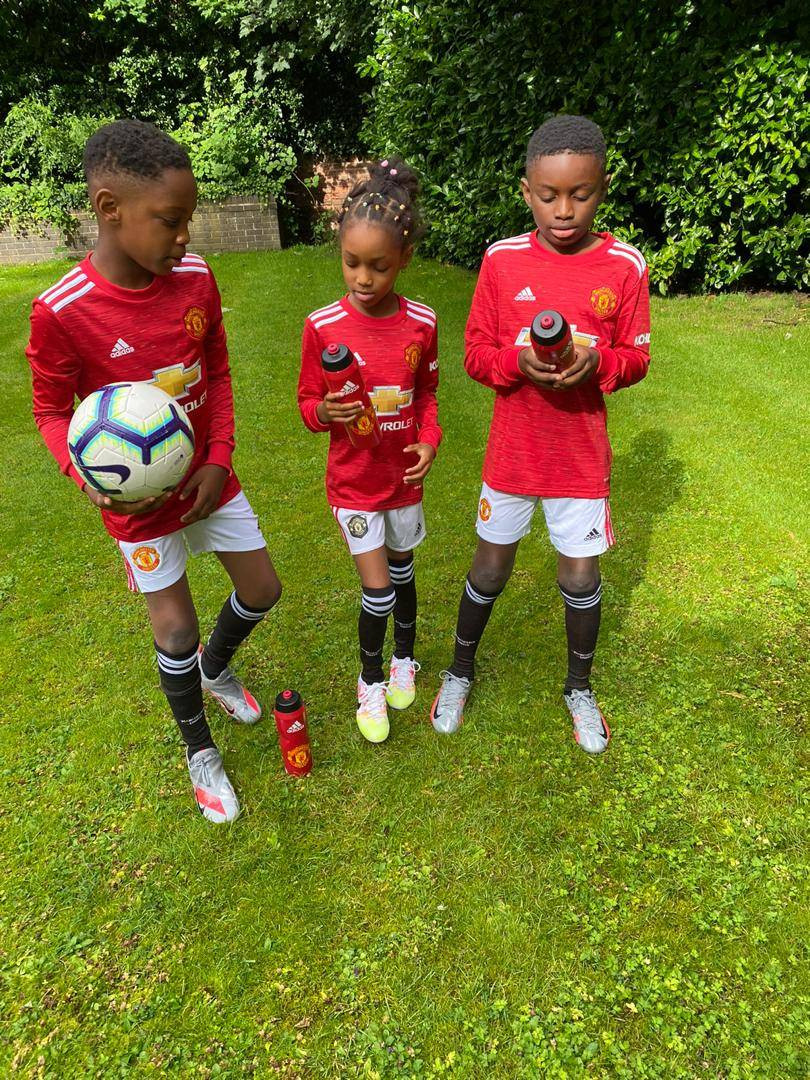 The three siblings, Samuel, Bernice, and Daniel Ighalo were pictured posing together in Manchester United’s new jerseys for the 2020-21 Premier League season.

See the photos below, 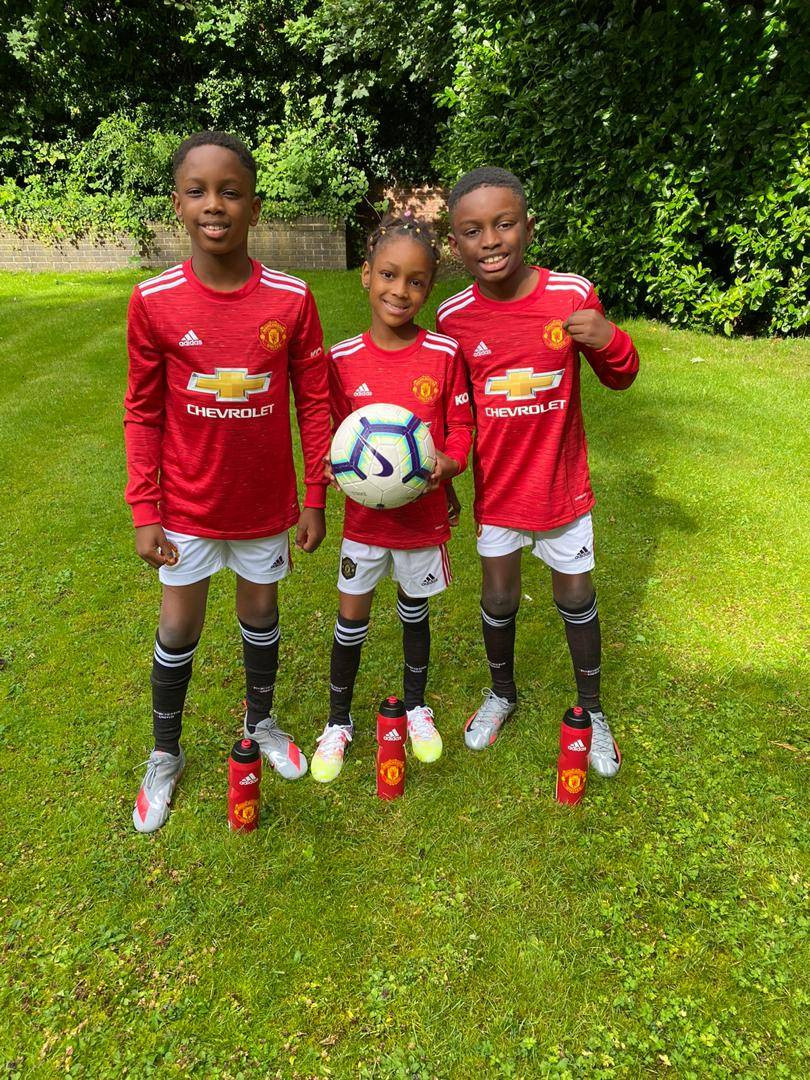 Recall that in June, Ighalo‘s Manchester United loan transfer was extended to January, 2021.

According to The Sun, the ace forward has “agreed” a loan extension with Manchester United until end of January 2021.

It was also revealed that his loan transfer extension is currently awaiting FA approval.

The agreement with his parent club Shanghai Shenhua officially expired on May 31st, 2020.

But according to The Telegraph, both clubs have now agreed for the 30-year-old to stay at Manchester United until it’s new year.

It is alleged that Ighalo will have to discuss a new contract with Shanghai Shenhua once he returns in 2021.

The news came after his agent Atta Aneke confirmed talks were in place for the ex-Watford man to remain at Old Trafford.

“We are nearing an agreement with Manchester United on an extended loan.

“The agreement will mean that Ighalo will remain with them until January 2021.”

Ighalo swapped the Chinese Super League for the Premier League in a shock deadline day loan deal back in January.

READ ALSO:Odion Ighalo to remain in Man Utd till 2021

And it is understood Ighalo took a 40 per cent pay-cut on his £300,000-a-week wages in China to make his dream switch happen.

He scored four goals in eight games before the season was suspended amid the Covid-19 pandemic – leaving his loan contract to run up.

The Nigerian made a personal plea to Shanghai Shenhua to let him finish the season at Old Trafford, before returning to China, and it appears his wishes have been granted.

Actor, Junior Pope Shows Off Vintage Car He Gift Himself For Christmas (Video)

“My driver getting married… and I’m his best man.”- DAVIDO

Zoe Saldana reveals she suffers from an autoimmune disease – Hashimoto’s...