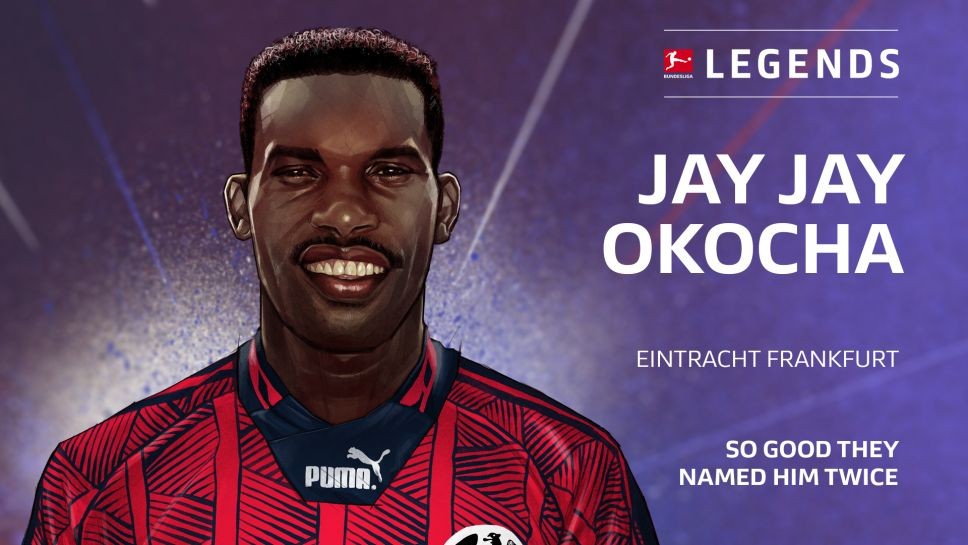 “We are pleased to announce that Jay-Jay Okocha is the latest former star to join the Bundesliga Legends Network .”

“His sublime skills and tremendous tricks brought joy to fans of Eintracht Frankfurt and lit up Germany’s top division for many years, and now it has been announced that footballing icon Jay-Jay Okocha is the latest star to join the Bundesliga Legends Network..”

“The newest member of an elite group of former playing greats to become part of the illustrious Bundesliga Legends Network, Okocha set Germany’s playing fields alight between 1992 and ’96, when the Nigerian ace scored 18 goals and provided 13 assists in 90 memorable matches for the team known as The Eagles..”

“Never to be forgotten among the sides he has represented, it is with warmth and delight that this footballing artist is remembered among the denizens of Eintracht while followers of the Bundesliga will forever continue to delight in the legend that is Jay-Jay Okocha. Welcome to the Bundesliga Legends Network.”

The former Bolton midfielder now joins Black Star legend and CAF deputy general secretary, Anthony Baffoe, in the 11-man legends that will fly the Bundesliga flag over the world.

#BBNaija: Boma wins Head of House challenge, picks Jackie B as his Deputy

BBNaija 2021: Whitemoney Opens Up On His Feelings For Maria And Why He Stopped Liking Her

Actress Stephanie Okereke Linus is back, as she confirms two new film projects

Moet Abebe OAP of the Week on Radio Magazine