The family of a two-year-old girl, Esther Ojo, has been left distraught after the toddler went missing during a church service.

The source claims, the mother, Towobola, had left her little girl as is the custom, at the children’s department of the church while she went on to the adult session.

While at the toilet, a potty was given to her, as she was too young to use the main toilet. According to the source, an unknown adult called on the teenager to buy her a biscuit and on her return, she couldn’t find Esther at the toilet where she left her.

It was at this point that the search for Esther began.

On getting to the church the next day, Monday, it was shocking to find that services continued as usual and Esther’s mother was left to herself, crying helplessly in a corner within the church premises.

Speaking on grounds of anonymity, a source claims to have confronted the church authority on their negligence of the family but was told the mother was atoning for her sins.

See photos of the little girl below: 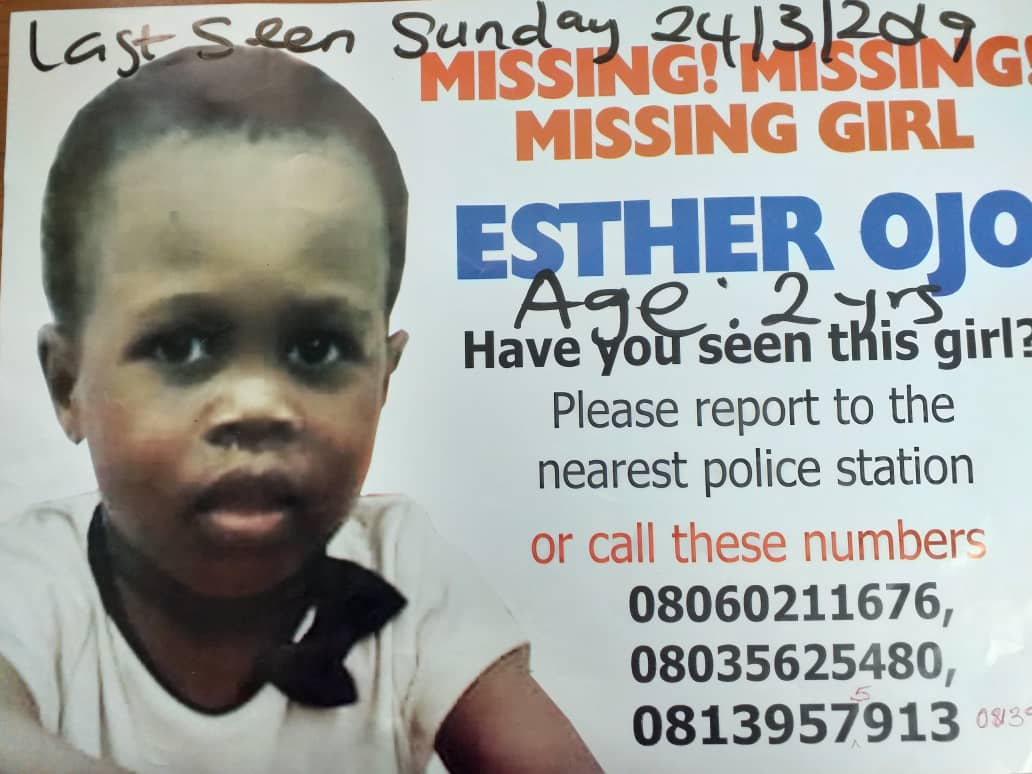 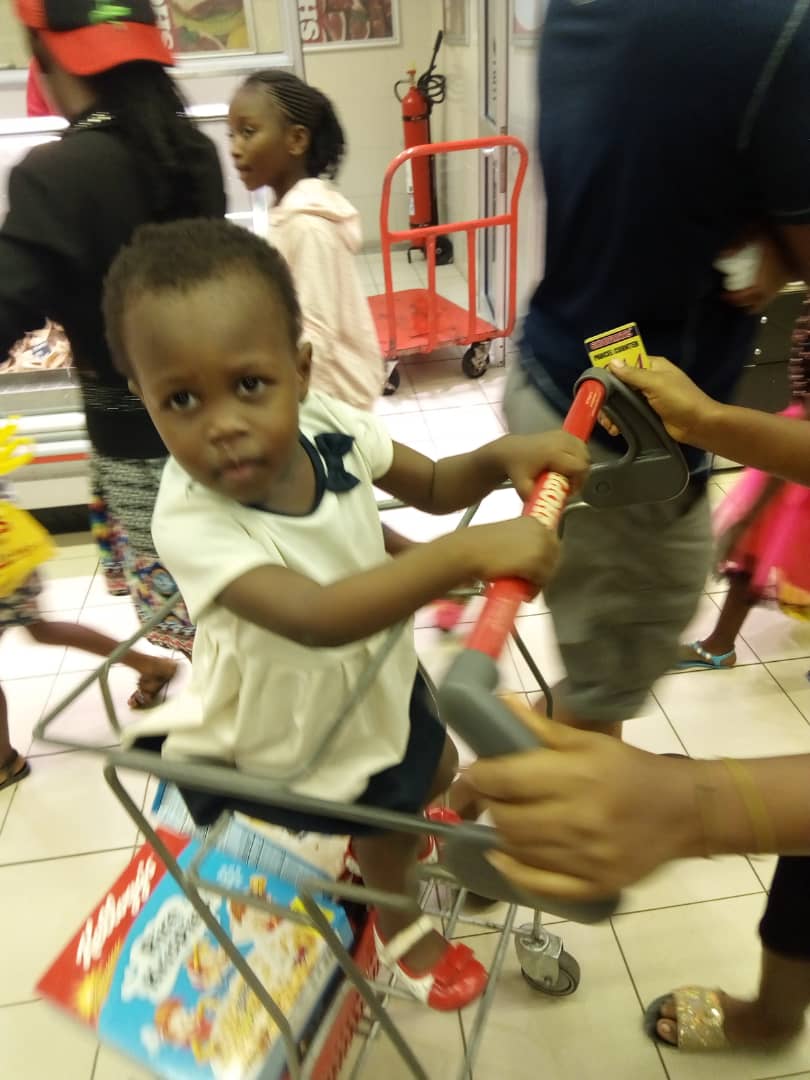 Bodies of two university students who drowned in Benue River has...