Fuji singer, Pasuma, has become the latest celebrity with a Chieftaincy title. He was crowned the  ‘Togan’ of Badagry Kingdom,  at a ceremony that held in Lagos yesterday. He was born on 27, November 1967 at Mushin in Lagos State but hails from Kwara State, western Nigeria.

He has collaborated with several other notably Nigerian recording artists, such as Bola Abimbola and King Sunny Ade as well as having been featured in several Nigerian films such as Iyanje and Alenibare Pasuma has also had his share of women both in and out of the industry. 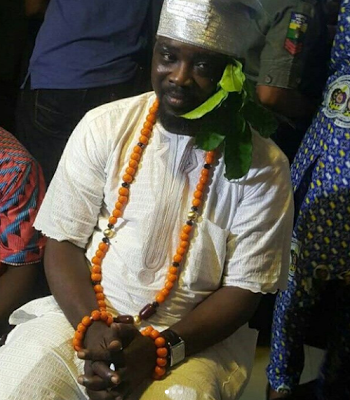 See video of a man passionately romancing and rocking Bobrisky

Dolapo Badmus advises Nigerians on how to identify scammers

Joke Silva airs her opinion on the increasing rate of Nigerian...