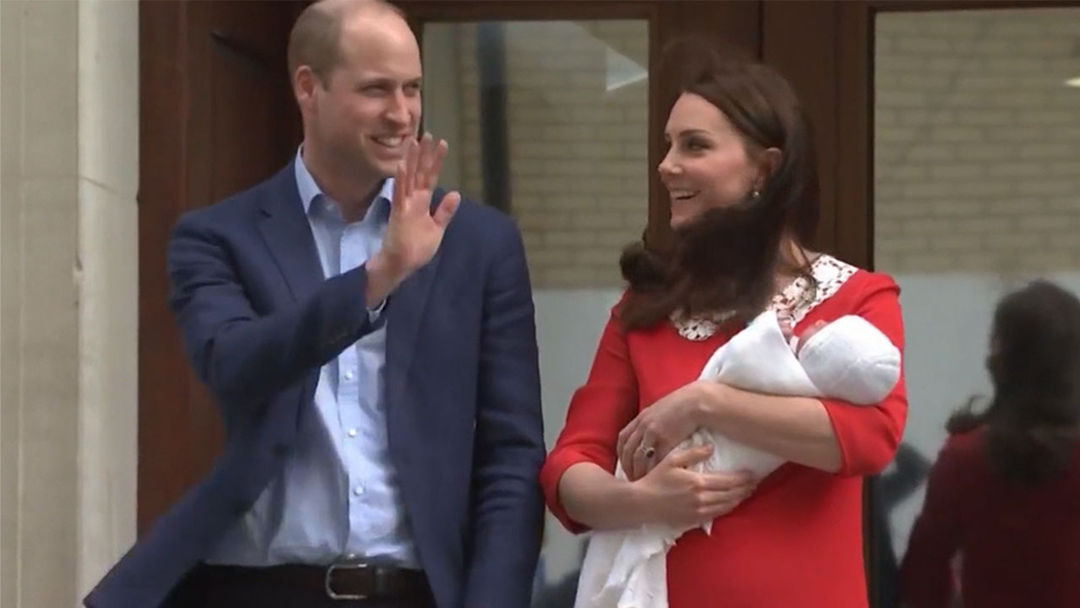 Prince William and wife Kate Middleton has welcomed their third child and is a Boy!
9:57 AM PT — Kate and the new bouncing royal have made their first public appearance together!

Will was also there by her side for the big reveal on the steps of the hospital. Both mom and baby have been reported to be in perfect health.

The Duchess of Cambridge popped Monday at St. Mary’s Hospital in London. The new royal was announced to weigh in at 8 lbs. 7 oz. by Kensington Palace. Prince William was at Kate’s side for the birth.

As is tradition, the Town Crier announced the birth from the steps of the Lindo Wing of the hospital. The customary announcement — complete with bell ringing and feathered cap — was also made for Kate’s other two births.

Kate and Prince William announced last September baby No. 3 was on the way but the announcement came only after the cat had been outta the bag. The royal family was seemingly forced to announce she was pregnant after canceling a public appearance due to extreme morning sickness.

She also suffered from morning sickness before giving birth to Prince George in 2013 and Princess Charlotte in 2015. Btw … baby No. 3 will be fifth in line to the throne — after Prince Charles, Prince William and his 2 siblings.

”Am in a very serious relationship”- Don Jazzy reveals