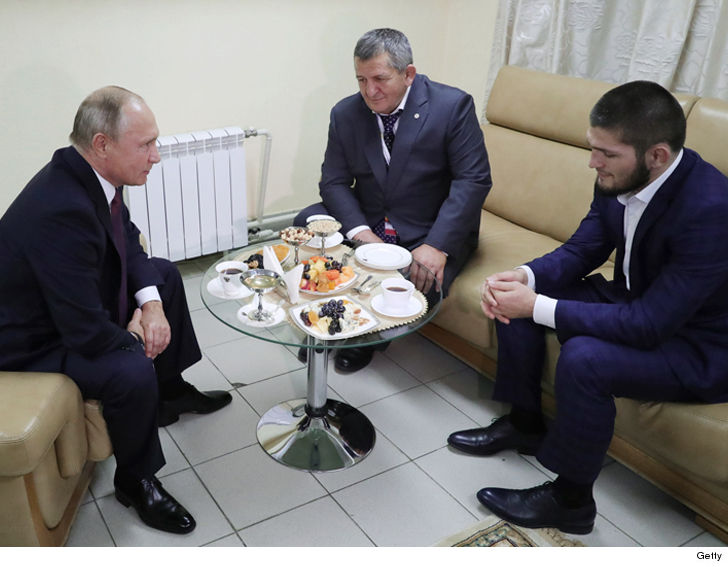 Good news for Khabib Nurmagomedov … Vladimir Putin just told the UFC fighter’s father to GIVE HIM A PASS for that post-fight brawl — while praising his victory over Conor McGregor.

Khabib met with the Russian president at the “Russia — Country of Sports” forum in the city of Ulyanovsk on Wednesday … sitting down with the lightweight champ and his father, Abdulmanap.

They ate fruit, they sipped warm drinks and they DEFINITELY talked fighting — as Putin is a huge fan of combat sports.

But, the funniest part of the meeting … Putin brought up Khabib’s comments that his father was upset with the post-fight brawl and would “smash” him for going after Conor’s teammate, Dillon Danis, at UFC 229.

“I will ask your father not to punish you too strictly, because you achieved the main task, worthily and convincingly,” Putin said to the Nurmagomedovs.

And, what Putin says … goes.

So, congrats Khabib — your father won’t whoop your ass!!!

What’s interesting is that Putin famously met with Conor McGregor during the World Cup in Russia — and posed with him like they were buddies.

Guess that friendship is over … at least, for now. 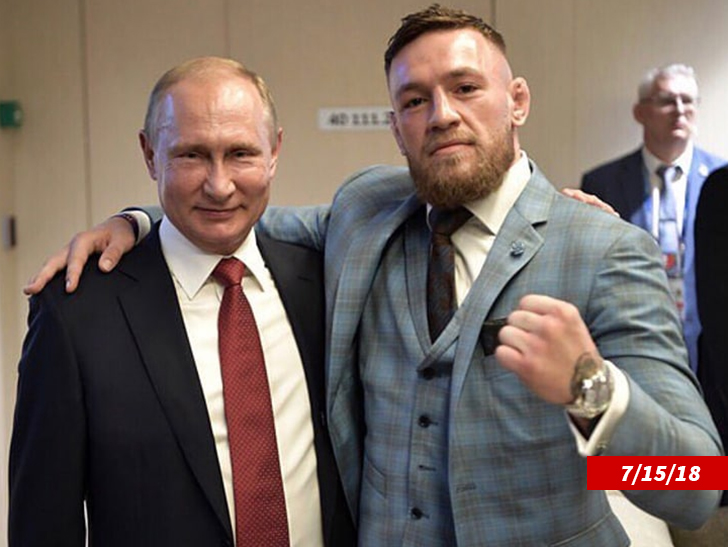 Of course, Khabib — from Dagestan — has become a national hero in Russia. Thousands of fans filled a local stadium on Monday to welcome him home after choking out McGregor.

‘We are not giving out any relief fund, beware of scammers’ – FG warns

DJ Cuppy Reveals Why She Is Still Single At 27 (Video)

”Whenever you use Google, you’re consulting Ifa” – Ooni of Ife...