Quaden Bayles, aged nine, was invited to join the rugby stars after a video of his bullying ordeal went viral.

A nine-year-old boy who was left suicidal after being bullied because of his dwarfism hashad “the best day of his life” as he led out an all-star rugby league team in Australia.

Quaden Bayles received an outpouring of support worldwide after his mother shared an emotional clip of him on social media. In the viral video the youngster was heard saying, “I’m going to die right now… give me a knife, I’m going to kill myself”, after a bullying incident at his school.

Dressed in an All-Stars jersey, he wore black noise-cancelling headphones and clung to the match ball as he strode into the middle of the pitch. 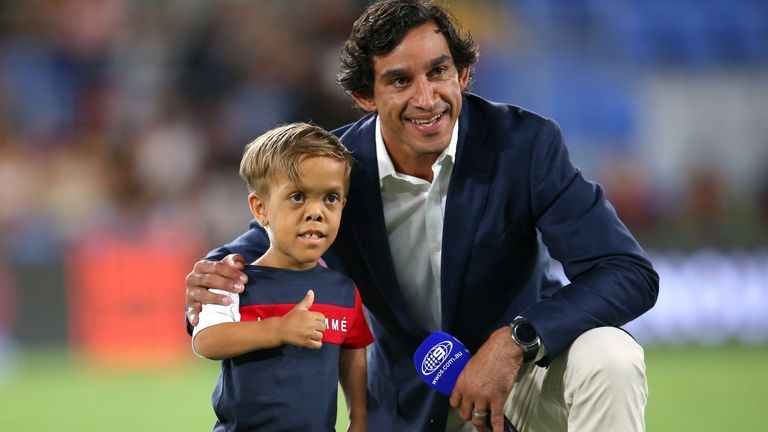 “We could never have dreamt in our wildest dreams that it would’ve gone worldwide and created such a media frenzy,” Ms Bayles said.

“It’s every parent’s worst nightmare losing their babies and for me that’s my reality every day.

“That’s what I have to prepare for – the worst, because everything he is going through with his medical condition, the suicide attempts are very real and people don’t understand that.

“There are way too many people suffering in silence and my heart goes out to those families that have already lost their children to bullying. 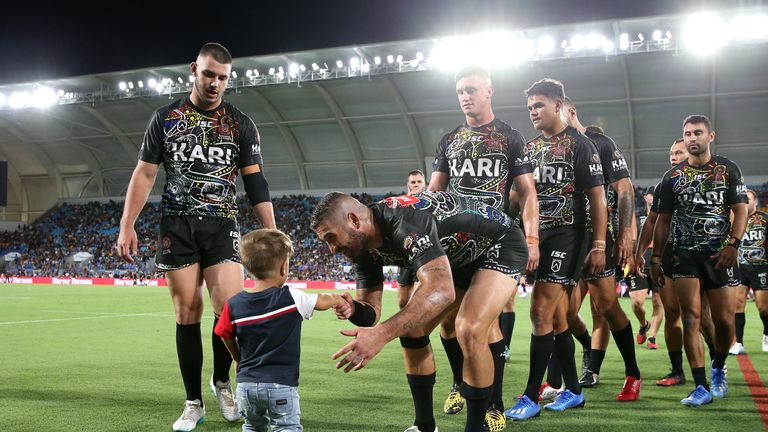 “It’s been way too many and it’s something that needs to be addressed, it’s an international crisis and it demands urgent attention.”

“We’re in a pretty privileged position to be sports stars and obviously seeing that hurt us in so many ways and thought very quickly about… what we can do to lift his spirits first and foremost,” he said.

“One of the vehicles in Aboriginal communities is rugby league and… this game is a very important game within those communities, so what better way to get Quaden down here on the Gold Coast, be a part of our team, lead us like the young warrior he is, and show him that we love him.”

A comedian has raised more than $440,000 (£339,000) after setting up a fundraising page to send Quaden to Disneyland following his bullying ordeal.

American Brad Williams, who has the same dwarfism condition achondroplasia as Quaden, set up the GoFundMe page after seeing the video of the youngster in floods of tears.

Hollywood star Hugh Jackman and Star Wars actor Mark Hamill are among those who have voiced support for Quaden since the clip of him went viral.

Princess Maria Teresa of Spain Who Tested Positive For COVID-19,Dies

”This Disease Know No Boundaries,Personality Or Religion”Abba Kyari Speaks From Lagos Hospital