Reality TV star Ifu Ennada in a leaked private chat with Alex Unusual, called Ghanaian actress Yvonne Nelson all sorts of names and insults. Ifu Ennada who as seen in the chat does not like the Ghanaian actress who has in a way got close to Alex Unusual who visited Ghana to co-host an event that was masterminded by the actress.

In Ifu’s words; “Yvonne Nelson that went to sleep with someone’s husband and even got pregnant for him, still the guy left her”

Trouble started after Alex chatted Ifu up, telling the latter that she was advised against working with Nana Akua Addo, a Ghanaian celebrity by actress Yvonne Nelson.

Meanwhile Ifu has apologized for the leaked chat with Alex and according to Ifu, she was angry and wasn’t thinking straight during her chat with Alex, who visited Ghana for the first time under the wings of Yvonne . She however did not deny that the “Heels And Sneakers” actress truly said Nana Akua Addo’s brand is not respected. 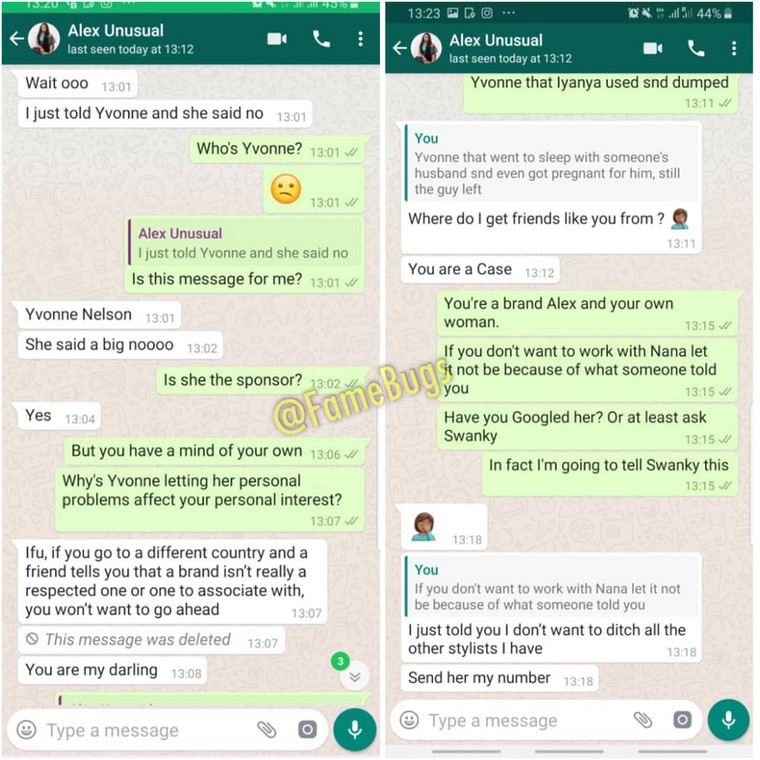 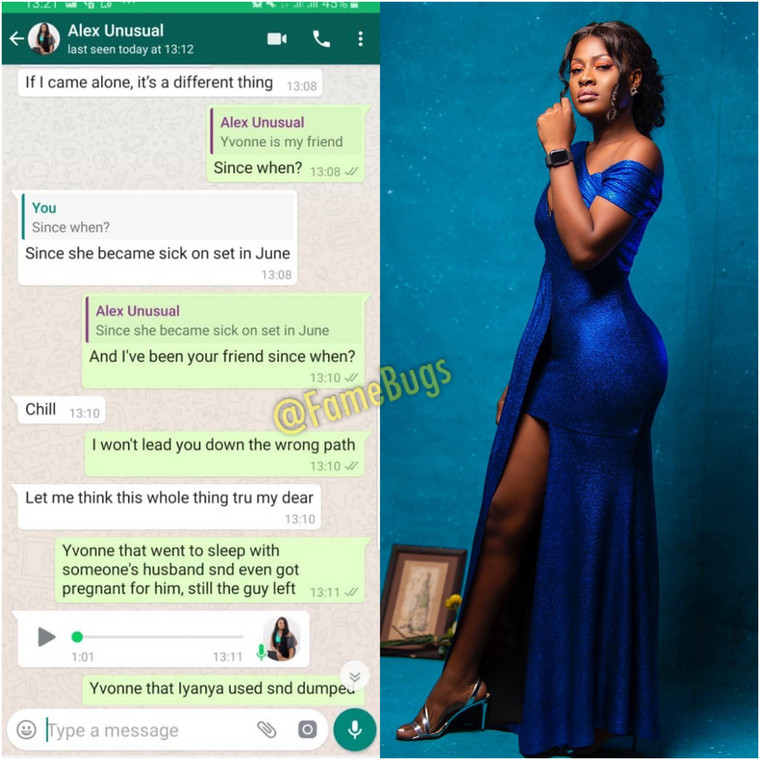 Emmanuel Adebayo Celebrates His 36th Birthday In Style,Shows Off Exotic Cars And Mansion

Burna Boy Walk Out On His Mother,Grandfather During A Closed Door Interview (Video)