A Nigerian retired high ranking police officer identified as Godwin Abah has been arrested by the police for allegedly stealing a goat to celebrate his late mom’s remembrance in Benue. 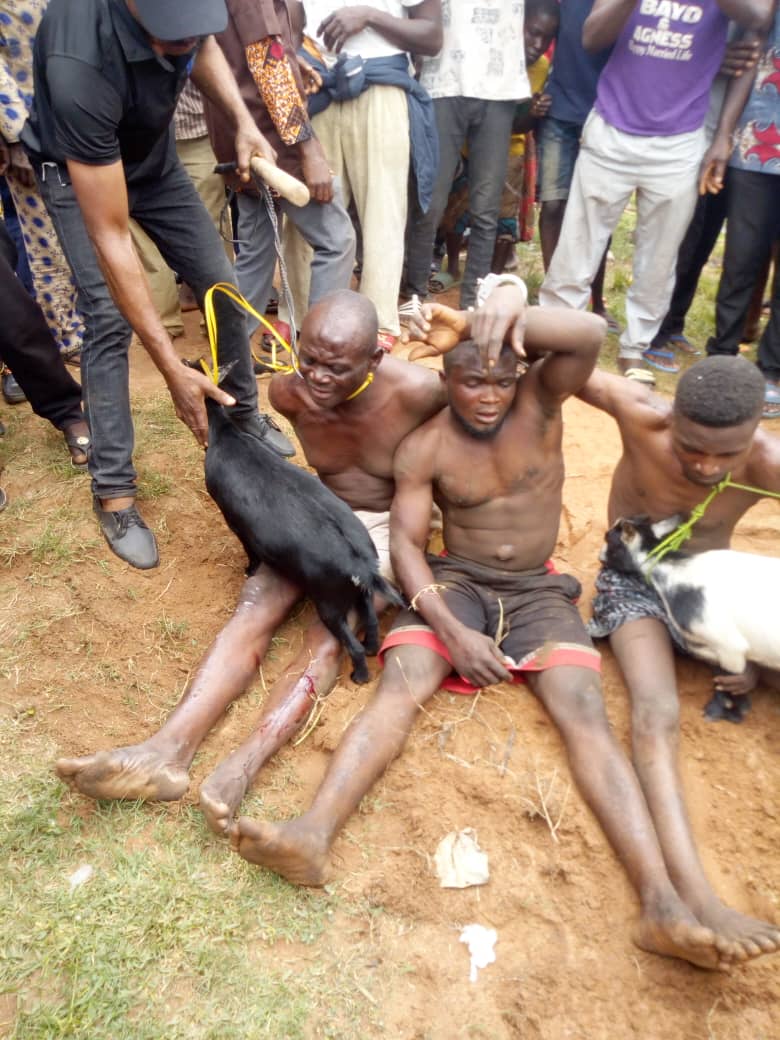 Godwin who was said to be a retired Deputy Superintendent of Police, was reportedly planning to celebrate his mother’s one year remembrance and needed a goat for the ceremony.

According to reports, he sent two boys to get him a goat but luck ran out on them, as they were nabbed by local vigilante.

READ ALSO:Erica blames alcohol for her disqualification from BBNaija house

The retired DSP, Godwin was arrested alongside the two other boys and have been taken to Orokam divisional police headquarters for further prosecution.

In other news, Governor Samue Ortom of Benue State few weeks ago revealed that the most wanted criminal in the state he governs, Terwase Akwaza “Gana” was intercepted by soldiers while on his way to surrender.

READ ALSO:#BBNaija: Fans drag Laycon after he unfollow Erica hours after he followed her

However, One of the five widows of the Benue militia leader Gana, Wantor Akwaza, has revealed that her husband was not a wicked and that he wanted to work for God before he was killed.

On Thursday September 10th, Wantor in an interview said that her husband was on his way to surrender to Benue State Government before being shot dead by soldiers.

She also revealed that her husband came out of hiding because Senator Gabriel Suswam told him he was involved in the peace deal.

Swedish mother arrested for locking up son for 28 years

‘My Mum Did Not Beat Me’- Little Boy Who Begged His...