Loved up popstar Rihanna appeared to send a romantic message out to her rumoured new lover Drake as she donned a huge red heart-shaped jacket.

The US singer, 28, was photographed in the early hours of this morning in the sensational outfit in Manhattan, New York. 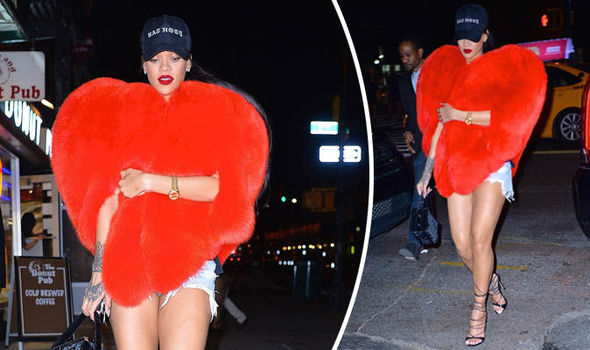 The glamorous Rude Boy artist kept her eyes low as she strutted her stuff in the Saint Laurent fox fur cape, worth nearly £10,000, low-cut denim shorts and heels.

Despite it being the dead of night, Rihanna was sporting full make-up with blood red lipstick.

Just visible beneath her strappy heels was her latest tattoo of a shark, which her rumoured-boyfriend Drake, 29, has also had inked on his arm. 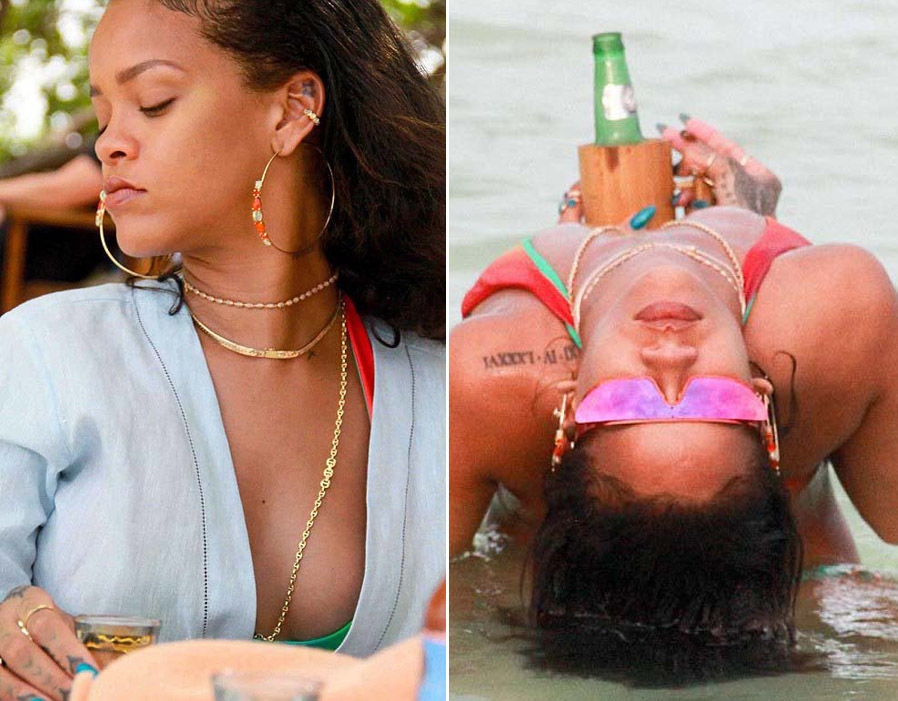 Their matching tattoos had led to much speculation over the romance, after singer Drake sent fans into overdrive during the MTV Video Music Awards when he professed his love for Rihanna.

He was presenting her with the coveted Michael Jackson Video Vanguard Award at the end of the VMA show on August 28 when he raved about the stunning singer saying he had been in love with her since he was 22 years old.