Zimbabwe’s former president ,Robert Mugabe body arrived today at the country’s main airport earlier today but his final resting place remained a source of mystery amid a dispute between some family members and the government.

Mugabe who ruled the southern African nation for 37 years until he was ousted by his own army in November 2017, died in a Singapore hospital five days ago.

Crowds had gathered at the airport well before the scheduled arrival time, with some people wearing T-shirts bearing Mugabe’s face and others with Mnangagwa’s image, while music blared from loudspeakers.

A convoy of 4×4 vehicles with number plates bearing the letters “RG Mugabe” and the former leader’s signature were also on the runway. Mugabe’s wife Grace and Zimbabwean Vice President Kembo Mohadi were among those accompanying the body of the former leader on the plane.

President Mnangagwa, top officials and other Mugabe family members were at the airport to receive the body. 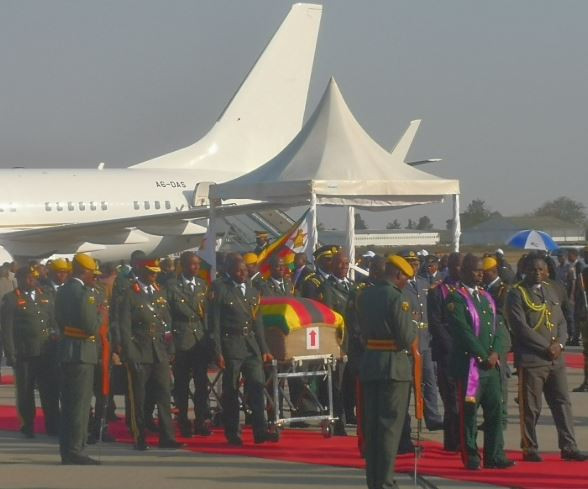 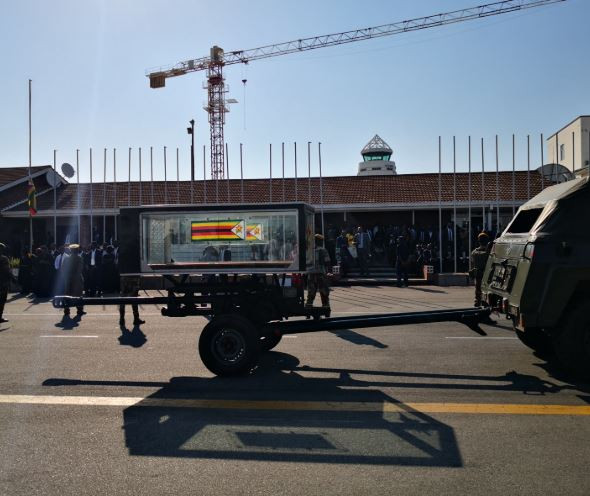 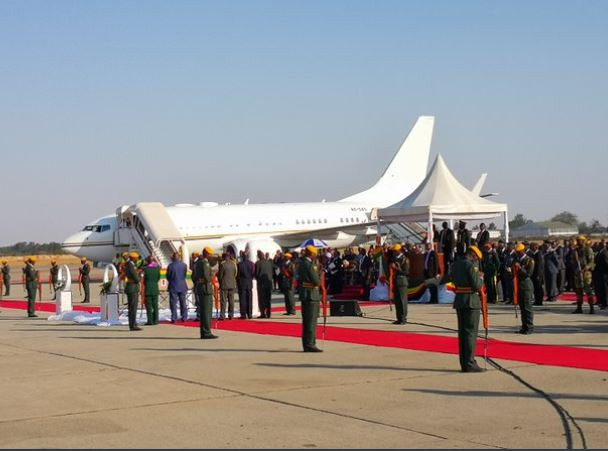