The Ogun state police command has arrested three young members of an armed robbery syndicate that has been terrorizing the area.

A statement from the command says the suspects were arrested on May 24 following a distress call received by the DPO Agbara division that armed robbers have invaded Idanyin community and have been raiding house to house dispossessing their victims of their belongings and inflicting injuries on them. 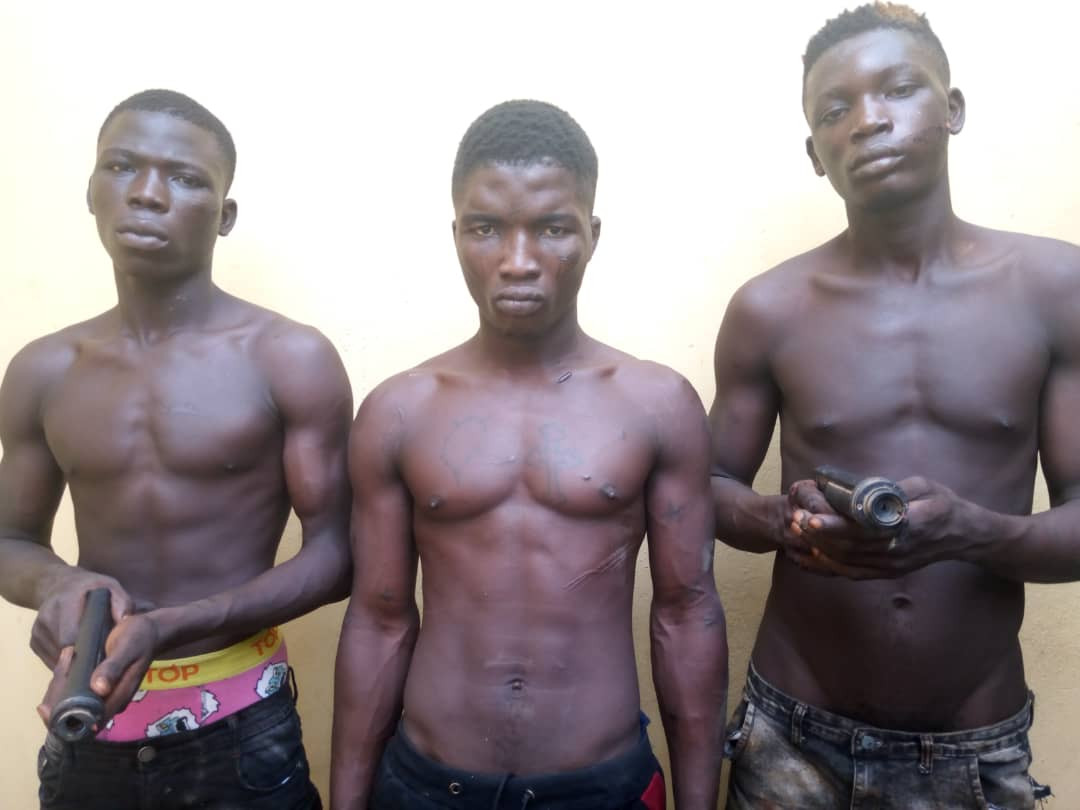 Upon the distress call, the DPO Agbara division SP Saleh Dahiru quickly led his anti-robbery team to the scene and met the robbers attacking the apartments of one Barrister Kamieyefa Omosivwe and that of Oluyemi Olajide.
On sighting the police, the robbers launched an attack but were overpowered by the officers. Three members of the gang were eventually arrested with one injured, while one of them escaped.

The police gave the names of the arrested members as Toheed Salami, Ibrahim Ismaila and Michael Abiodun, and stated that the injured victim has been taken to the hospital for medical attention.

Items recovered from them include two locally made short guns.

Meanwhile, the commissioner of police CP Kenneth Ebrimson has ordered the immediate transfer of the suspects to special anti-robbery squads SARS for discreet investigation.