An elderly man has scolded some group of ladies protesting against rape in Lagos to stop collecting money from boys,hinting that this is the main reason for rape.

The man hinted that most girls are at fault when they become victims of rape because they keep on collecting money from boys.

The man can be heard saying; ”You girls, you have a vital role to play in this fight.

You will be collecting money from boys and you will want to zip up, how can you ?” 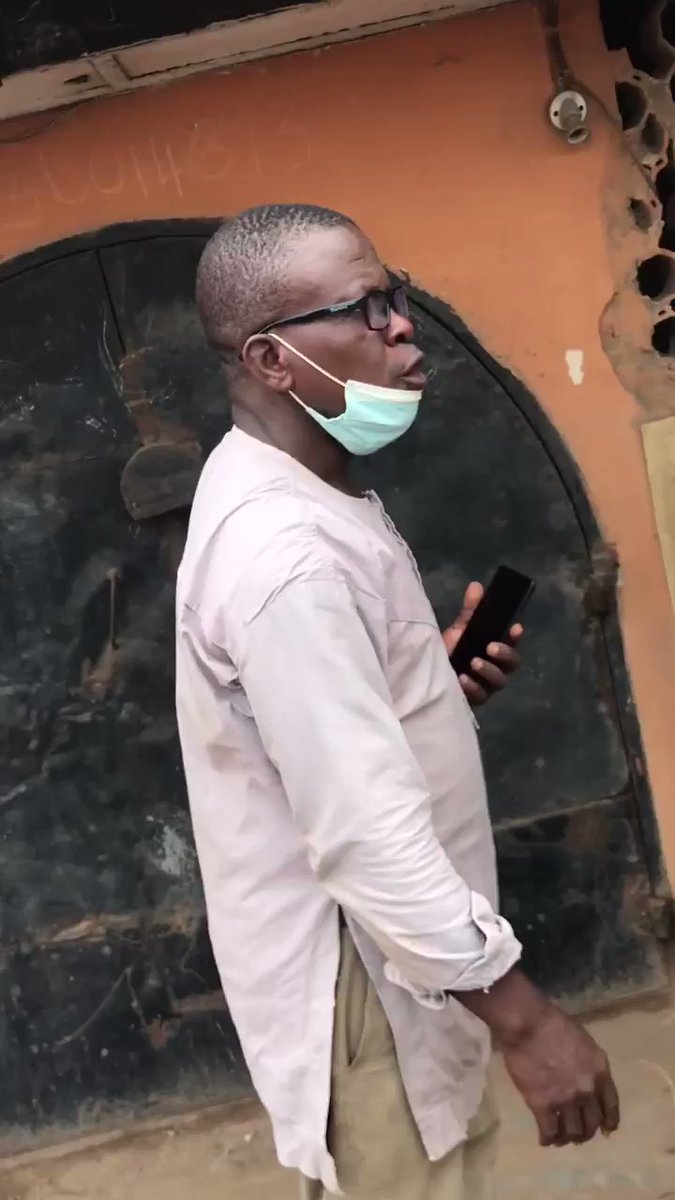 “Go and search your conscience, before you can talk to any girl now, she’d be asking for money.”

“Even me at my age, i have girlfriends like you, before anything they’ll say Daddy how much will you give me”.

“Earlier today, a couple of my guys and I Took out to the streets in a bid to sensitize the public about Rape and other forms of sexual offenses and I must confess that a lot of work needs to be done as regards this War Against Rape. A Thread!”

“In all honesty, I was and still am greatly horrified by the responses we had from people all over. A lot of Horrendous comments were passed whilst the protest was on and I could deduce that a lot of work needs to be done and it begins with you and I.”

“The War against Rape and all other forms of sexual offenses has begun and everybody has to be a part of it, it concerns everyone because this barbaric acts needs to Stop Outrightly.”

“Whilst the peaceful protest was ongoing, a man probably in his mid 50s walked up to us and started spewing a lot of Gibberish from his Mouth.”

The War against Rape and all other forms of sexual offenses has begun and everybody has to be a part of it, it concerns everyone because this barbaric acts needs to Stop Outrightly.

Facebook Big Boy who shared his 3-some encounter with 2 ladies...

Prophet Arrested For Killing And burning Into Ashes A Lady Who...