A final year student of the Rivers State University of Science and Technology, Kpagane Desire, has been declared missing after she posted a suicide note online.

Before Desire disappeared on Wednesday, June 26, she posted on Facebook that she was going to kill herself and her ‘flesh’ should be fed to a lecturer at the University identified as Dr. Paul Nadure. 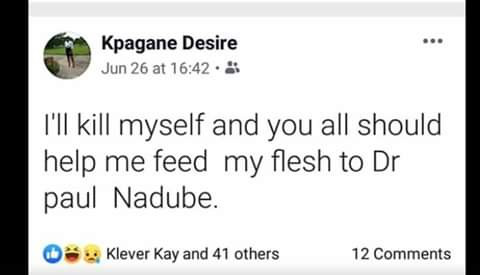 According to her cousin, she dropped her phone at home and disappeared. She hasn’t been heard from ever since. 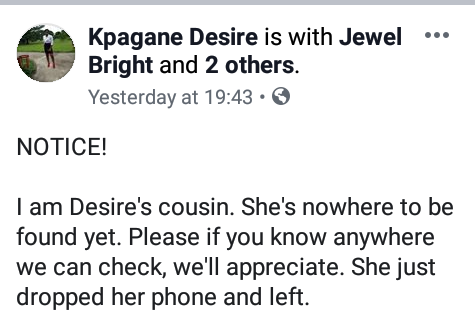 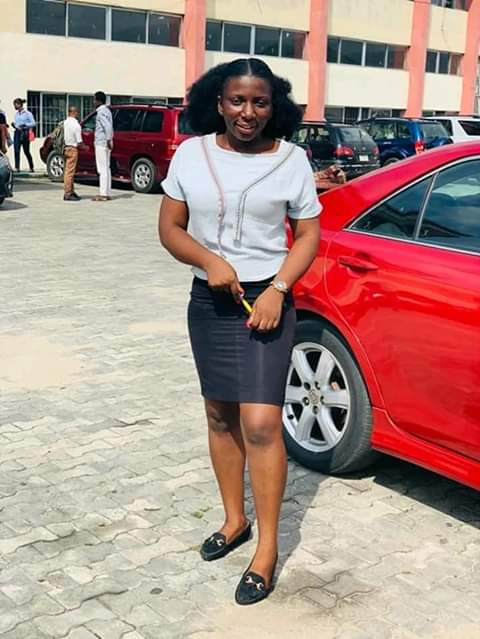 VIDEO: Nigerian man falls to his death from 12th floor of his Indonesian apartment

”He didn’t beg for his life”.Man write a heartbreaking tribute to ROPVIL DACHIYA who was killed by Boko haram.

Students beaten brutally for claiming to be marlians [PHOTOS]

At least 3 dead, several cars burned after tanker fell and...