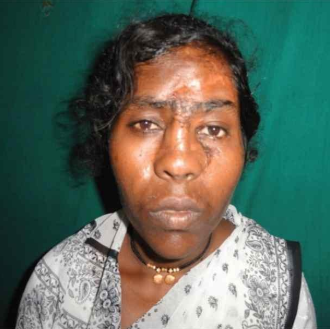 A 25-year-old woman‘s face was badly torn by her husband, such that about half of her face lost its skin and you could almost see her skull. But doctors managed to reconstruct her face again and it’s being referred to as a medical miracle.

According to Medical Creations Instagram account, the woman was assaulted by her husband and he tore her face. Getting her back to normal would have seemed impossible but doctors managed to do it and, looking at her now, it’s hard to tell how damaged her face was before the surgeries.

A 25 years old female presented with alleged history of assault by husband over the left face. There was degloving and avulsion of the left side of her face including the nose, forehead skin and eyebrow on the left side, upper and lower eyelids and part of the cheek. The globe as well as eyesight was intact. The extra ocular movements were present.
A thorough debridement was undertaken, and the devitalized tissue was excised. Meticulous suturing was done to relocate the avulsed structures to their respective
positions.
After four weeks, coastal cartilage graft was
used for nasal augmentation. At follow-up one year after the trauma, and after two
surgeries, the patient was satisfied with no functional deficit. There were no nasal or ocular complaints. Eye opening and closure were normal. Doctors felt that the cosmetic outcome was surboptimal, and offered the patient the options of scar revision over the forehead, staged removal of skin graft over the cheek, and a more appropriate eyebrow positioning. However the patient was satisfied and was not desirous of any other surgical procedures suggested to her 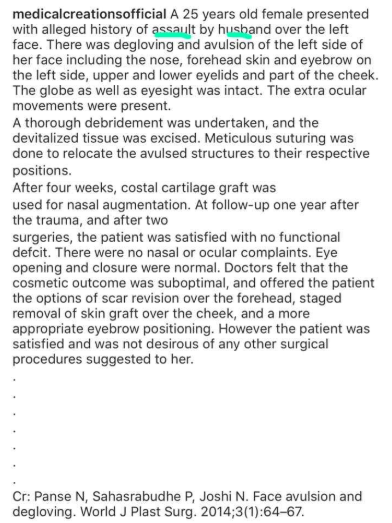 See how badly her husband damaged her face below. 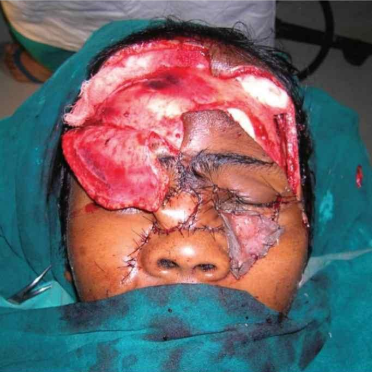 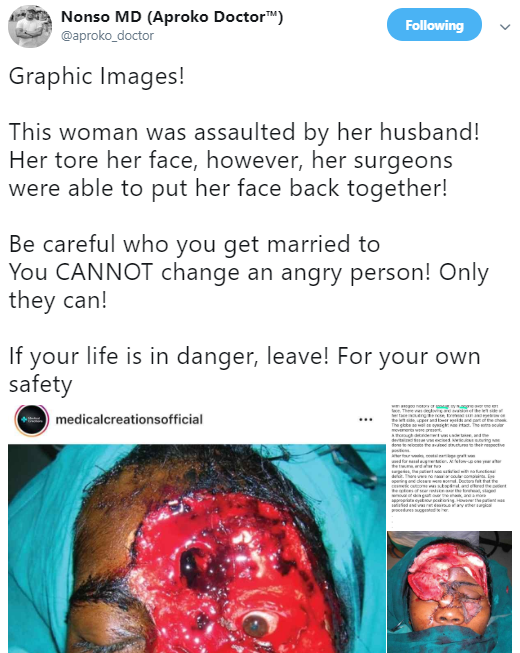 Married woman caught cheating with her lesbian partner in a hotel room,she went with her kids (Video)

Update:Man Whose Wife Cut Off His P*nis While He Sleeps Cries From Hospital Bed

Mother Whose 5 Year Old Daughter Was Raped Crying After Police...