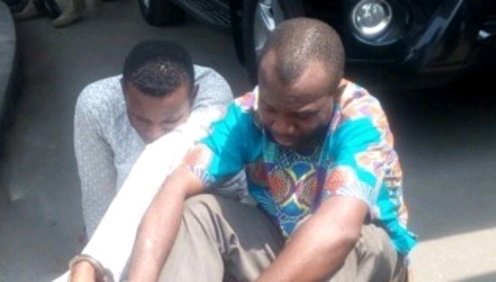 The teachers, he said, during extra mural classes, showed pornography on their laptop to the pupil and made her practice same on them.

“The pupil has been taken to a government hospital where it was medically established that she had been deflowered. The suspects will soon be charged to court,” Aderanti said.
They were arrested following suspicion by the girl’s mother that her daughter has suddenly become sexually active. The girl’s mother, while narrating how the daughter was defiled, said: “I noticed that my daughter was kissing his brother’s penis.

My husband slapped me for denying him sex

How Would You React After You Caught Your Man Pants Down With His Ex?

10 ways to avoid sex before marriage

Types of guys you must avoid at all costs

Five things you need to know about forgiveness in marriage

Davido and his baby mama Sophia are back in love

18 Signs he is no Longer into you