According to local media, Pol Maj-Gen Phaiboon Noihun and his team were waiting for Bertrand Ifeanyichukwu Akile following a tip-off from a member of the public seeking a reward that he would be at Immigration Complex to extend his visa.

Once he arrived Akile was apprehended under a warrant issued for fraud and deception.

“It was as easy as pie. He just came to us” Pol Maj-Gen Noihun told journalists.

It is alleged that Akile was part of a 100 million baht scam headed by another Nigerian national, Onyekachukwu Elvis Smart Ebube, who is already in custody. 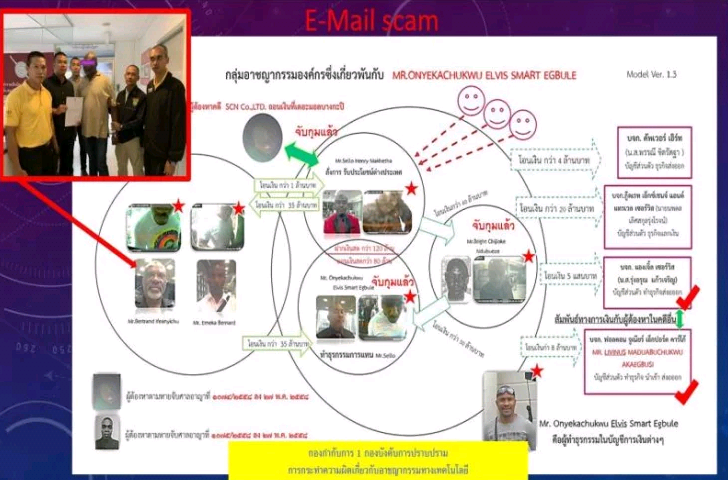 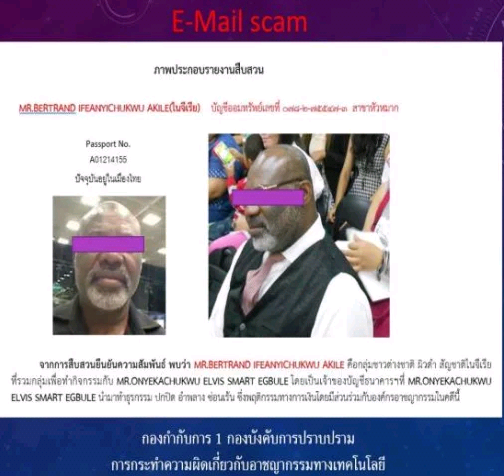 Update:More Photos/Videos From The Terrifying Impact Of Ondo’s Thunder Explosion

Update:Abba Kyari Is Reportedly In A Critical And Unstable Condition In UK Hospital