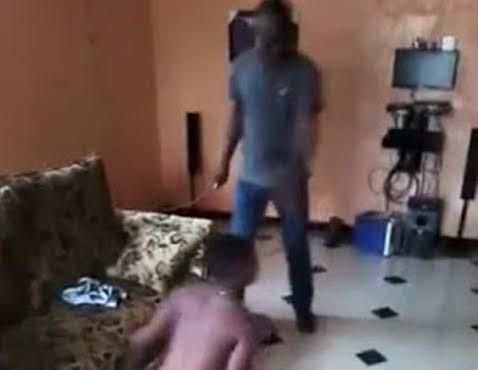 Last month, there was a viral report about an angry father who stripped his teenage daughter naked in Ebonyi state and mercilessly flogged her because he supposedly caught her with her lover in his house.

You remember the story, right?

The incident reportedly happened July 28 in Uburu, Ohaozara, Ebonyi state and this father even gave people around permission to film the humiliating scene.

The true story about those photos is out, guys and it is a very sad one. Very, very sad.

The girl in that video/photos is named Uzoamaka. She is 15 years old. She is a victim of sexual harassment. She was allegedly being bullied in those pictures/video by a lawmaker whose advances she had turned down severally.

Read the story shared by Linus Abaa Okorie, an accountant who took up Uzoamaka’s case and is fighting that justice be served on the men who humiliated her.

The 15 year old young girl, her new photo is below, is currently so traumatized that she is undergoing rehabilitation and medical attention. 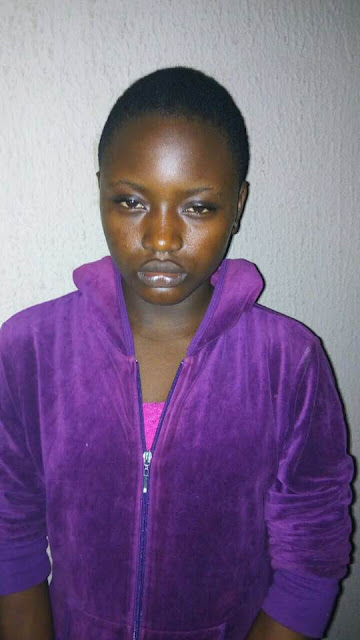 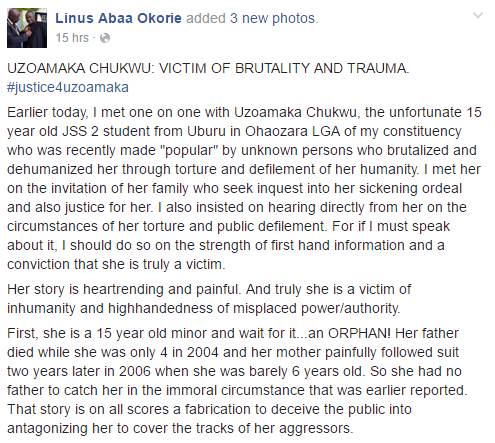 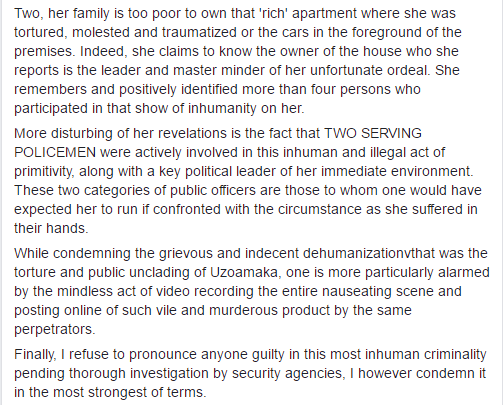 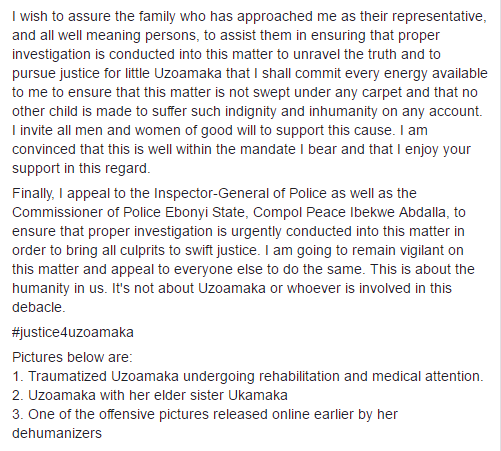 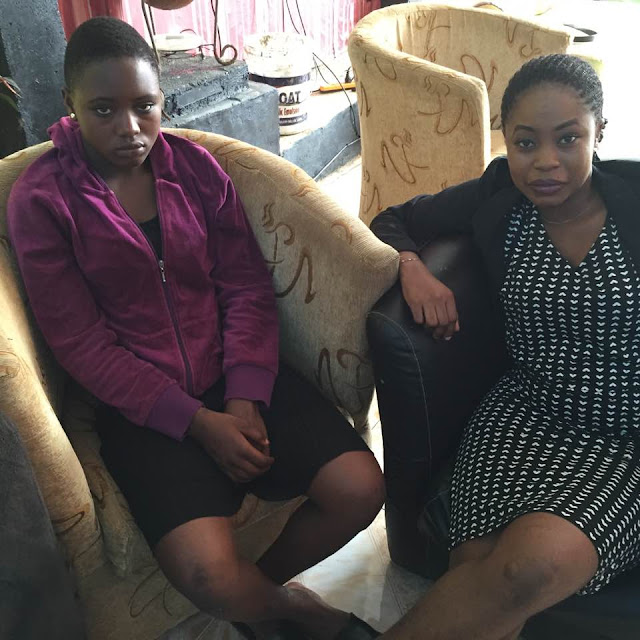 Another inside source named Michael, who seems to be in the know, wrote this to bloggers who carried the story that it was her dad beating her for having sex with lover.

Please this is the true version of the story on the father who caught his daughter having sex with a man in his house. We need #JusticeForUzoamaka

On 28th July 2016, a rather disturbing video went viral. According to reports, the so called young lady who was stripped naked was caught by her father with another man having sexual intercourse in his house. When I watched the video, I had doubts about it because it was just the girl who was been stripped unclad and flogged like a thief. I forgot it. But, just few hours ago, a very reliable source gave me a different version of the story.

My discoveries are pathetic. On the said 28th July, 2016, one Uzoamaka from Ohaozara West Development centre of Ebonyi State, was caught and bundled into the house of the Coordinator of Ohaozara Development Centre, Mr Ogbonnaya Ene Odi by his younger brother, Enekwachi Ene Odi and other boys loyal to the coordinator. According to my source, the coordinator had alleged that the young girl was in the habit of prostituting and sleeping with almost all men and even the married ones in the Community. Therefore, he had to delegate his younger brother and a couple of other youths, to go bundle the girl to his house where he stripped her unclad and ordered his boys to film her and also to make sure it goes round so as to serve as deterrent to others who may intend or are already involved in such habits.

My brothers and sisters, this is what other bloggers failed to report. Well, there is more to this. Sit tight. Uzoamaka, the young beautiful girl whom you see being tortured and dehumanized in the video below has COMMITTED NO OFFENCE!

Just like other young girls of her age, boys were on her trail. As expected, she has a boyfriend, but some boys including those loyal to the Coordinator were not in her good books. She saw them as touts and as a result turned down their advances. In fact, Mr Enekwachi Ene Odi, the younger to the Coordinator had made advances towards her of which she equally turned down. So, on that fateful day, these boys and their coordinator conspired to disgrace the young girl. They took her to the coordinator’s house, forcefully stripped her naked and tortured her like none ever.

In the video below, the Coordinator is the man wearing traditional dress dragging the girl and the younger brother did the flogging. My source further disclosed that the coordinator and his boys took this action because the girl refused to sleep with any of them. They however told the world that the girl is a prostitute and sleeps with married men thereby breeding prostitution in the community. Well, if you watch the video below, for those who understand the Ohaozara dialect, she is being forced to accept sleeping with some persons in the community who are perceived political opponents. I also learnt that these persons were afterwards fined by the coordinator! Hmmmm. This is unbelievable, right? You’d better believe it.

Nigeria has turned to something quite unexplainable. I cant believe how people who are in positions of authority will decide to use it against their own subjects. I am beginning to see the caliber of persons who the Governor of Ebonyi State has as his appointees. The Governor is a respected man. But it’s a shame how favoritism, I assume, has brought so great shame upon him. Is this what the Governor saw before making him a coordinator? Did he actually care about the person or was he more concerned about settling people he feels are loyal without considering their person? Why flog the girl. Why film her and upload to the internet?

Mariah Carey’s wedding to her billionaire fiancée ‘put on hold’