DJ Cuppy literally crippled the internet yesterday after news broke that she purchased a white lion pet. Few hours before the Nigerian Disc Jokey, DJ Cuppy acquired her little cub, she went to visit one of Dubai’s wealthiest men Mr Belhasa who showed her round his residence and she saw the beauty because of the animals there.

The billionaire daughter fell in love with the wild animals and decided to purchase one for herself from Fame Park, Dubai and name it after herself ‘Cuppy’.

See the photos of her visit below: 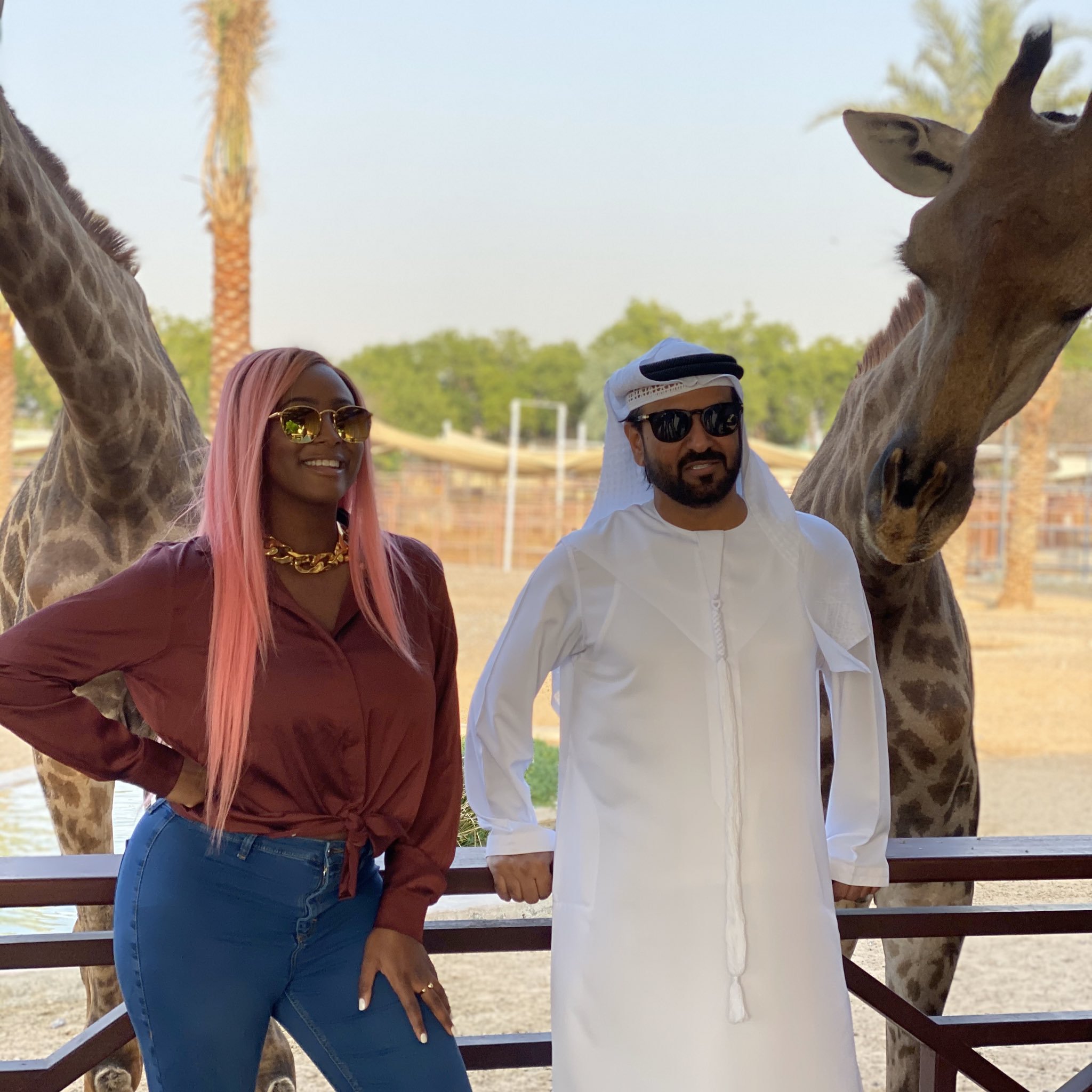 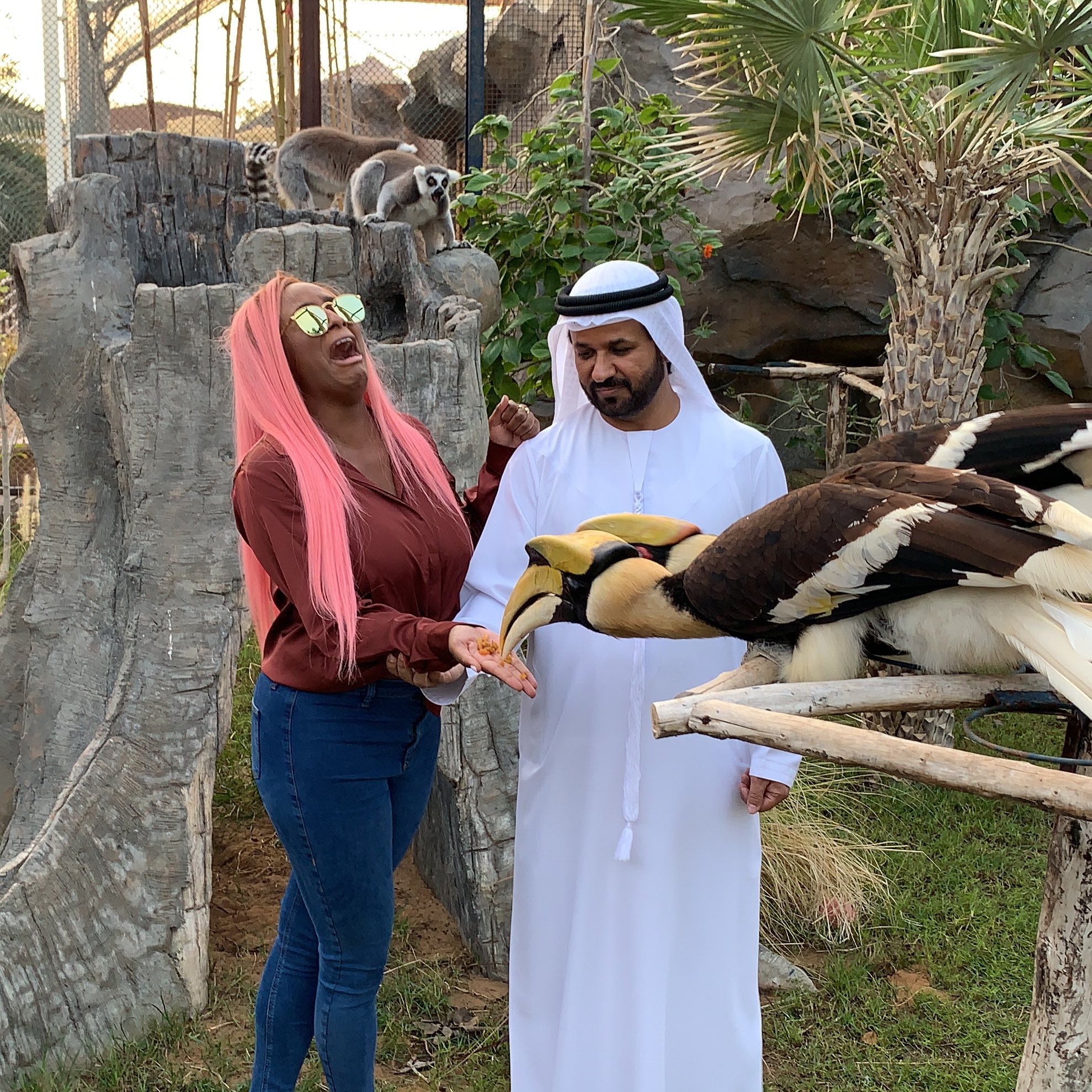 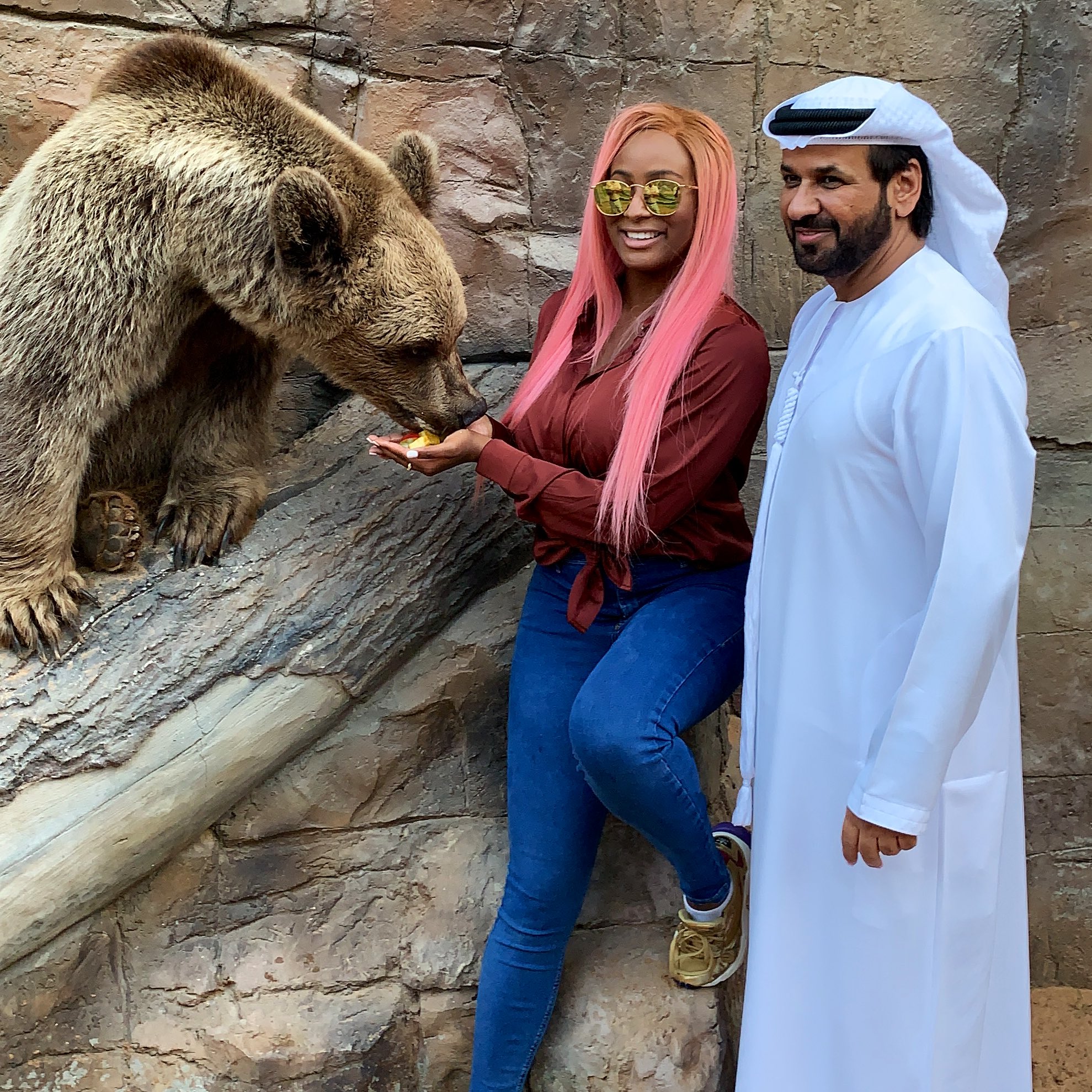 See video of her feeding her new pet she named ‘Cuppy’