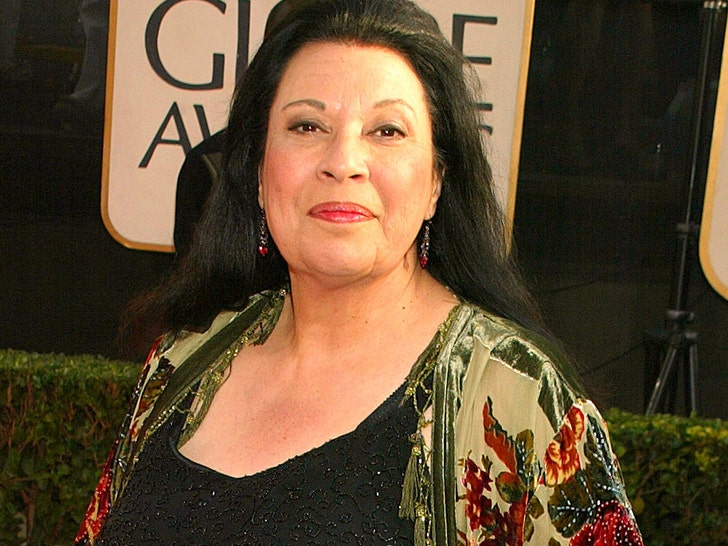 Shelley Morrison — who famously starred on “Will & Grace” as the maid, Rosario — died Sunday from heart failure … according to her publicist.
Shelley passed at Cedars-Sinai Medical Center in Los Angeles. Her publicist Lori DeWaal told AP, the actress had a brief illness before her heart gave out at the hospital.
“Will & Grace” fans remember Shelley’s role as Rosario Salazar from the show’s original airings … from 1999 to 2006. The story goes … the show’s writers only had the character in one episode, but her chemistry with Megan Mullaly was so popular … they kept writing her in more episodes.
Shelley would go on to appear in 68 episodes during the show’s 8-year run. Debra Messing tweeted about her “dear Rosie” after getting the news of her death.

Oh, Shelley… what a loss. Our dear Rosario has passed on. Shelley had a career that spanned decades, but she will always be our dear Rosie. All my love to Walter and the entire family. #shelleymorrison

Now, Morrison was already a veteran actor by the time she became famous as Rosario. She’d started landing TV roles in the early 60s, and worked steadily as a charter actress in shows like, “Dr. Kildare,” “Gunsmoke,” “My Favorite Martian” and “The Partridge Family.”
Shelley was 83.
RIP

Nigerians react to Davido and Chioma unfollowing each other on Instagram

Prince William and Kate Are Taking Over Diana’s Former Apartment