Phillip Blackwell a former X-Factor contestant has been jailed for life for raping nine women over a 22-year period.

Phillip , who went viral for his cover of Spandau Ballet’s Gold duing his X-Factor audition in 2008, filmed the terrifying rapes, and even covered some of his victims’ eyes with tape.

The Warwick Crown Court heard the serial rapist used a camcorder to film himself attacking women after committing the first crime in 1997.

READ ALSO:‘Shame On You’ – Mo’Cheddah blasts D’Banj over rape allegation

The 56-year-old was “calm and calculated” during the shocking assaults, even telling his victims he ‘wanted them to enjoy it,’ the court heard.

He targeted ‘five young vulnerable women who were walking alone in Birmingham, Coventry, and Nuneaton.’ He disguised himself by putting on a “soft Irish accent” and wearing a balaclava or mask while attacking his victims. 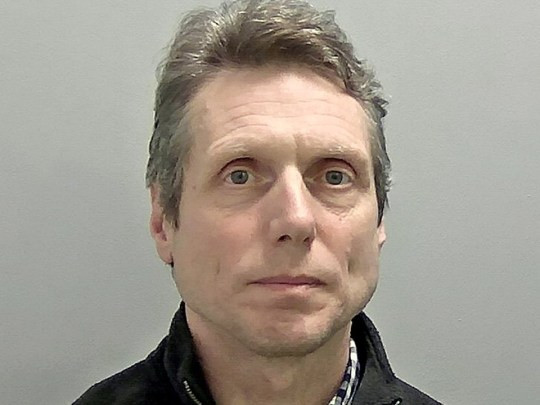 Blackwell also carried out a string of sexual offences on another four women in the Launceston area of Cornwall between 2005 and 2019.

“He identified young females dressed in a particular way that he found attractive, followed them in his car, got in front of his victims and got into a place where he could carry out his attack.

“It was cold, calculated behaviour.”

Mr. Langdale said some of Blackwell’s attacks were carried out on women who were unconscious, saying he “plied victims with alcohol in order to get compliance”.

One woman was told: “If I met a girl like you, I would want to marry you.
“I want you to enjoy this.”

Another woman was told: “I’m not going to hurt you, we’re just going to make love if that’s OK?”

He also threatened his victims in order to prevent them from telling the police, with one of the victims being told: “You have a beautiful body and I can do this over and over again because I know where you live.”

Mr. Langdale told the court how Blackwell often “grabbed” his victims from behind by their neck or head and “rammed” them to the floor before raping or sexually assaulting them.

The court heard the victim’s personal statements of some of the women and one woman described him as “pure evil”.

Another victim said she had “lived in fear for so long”, while a third said the attack on her had had a “devastating and long-lasting effect”.

Speaking after he pleaded guilty, Detective Chief Inspector Caroline Corfield from the Warwickshire Police Major Investigation Unit said: “It is clear he is a dangerous and manipulative sexual predator who has caused untold misery to his victims for the purpose of his own sexual gratification.

“He poses a serious danger to women.”

The sentencing judge on Monday described Blackwell as ‘monstrous’ – adding: ‘Murderers aside, I can think of no more dangerous an individual that I have crossed in my 35 years in criminal law.’

‘It is clear that you equipped yourself with a rape kit – a balaclava… tape for binding hands and covering eyes, and a camcorder to record for your later enjoyment.

‘It is clear that you have an appreciation for female anatomy but that seems to be the only regard you have for women.

‘You have no regard whatsoever for them as human beings or the impact for what you do to them. You must treat them with a level of contempt that is too shocking to even contemplate.’

The judge continued: ‘The harm that you have done with your selfishness is incalculable. ‘If you wanted to do it, to hell with everyone else, you would do it. ‘You are one of the most dangerous offenders. Murderers aside, I can think of no more dangerous an individual that I have crossed in my 35 years in criminal law.’

As well as being jailed for life with a minimum term of nine years, the musician was put on the sex offenders’ register for life and ordered not to directly or indirectly contact any of his victims.

BBNaija Lockdown: Moment Nengi Broke Down In Tears Like A Baby After Ozo Snubbed Her For Ka3na,Consoled By Housemates(Video)

Watch how Laycon is taking care’ of Nengi for Ozo (VIDEO)

“I feel bad about Kiddwaya’s eviction,Now I’ve decided to be focused...