Amaka Chukwuyenre has called out a Nigerian man on Faceboook after he booked two hotel rooms in Port Harcourt, ate free food(s) and paid with a fake alert.

The man also reportedly took N19k from the receptionist before leaving the lodging facility with an excuse of seeing off some girls that lodged with him at the hotel.

Amara who works as an accountant at the hotel owned by her uncle, wrote;

Good Morning Everyone, So I am Posting this to let the public be aware of what is happening in this Country. I never knew there was something like (FAKE ALERT) not until Last week Saturday. The Story is a bit Lengthy, but please take your time and Read every bit of it.

So I work as an Accountant in one of my Uncle’s hotel in Portharcourt.

Something happened On Sunday Morning, I was Supposed to do Account with our Staffs that Morning, and it Happened that a Particular Customer was owning them a Huge Sum of Money.

This Guy in the Picture here came to our Hotel on Saturday, he booked for two rooms, He said he doesnt have cash with him and his Atm isnt good so he cant do P.O.S, so he said he will do a transfer instead, the receptionist then gave him My Account details to transfer the Money because most of the time when a customer wants to do a transfer, they give the customer my Account details. Then he said he has done the transfer, my receptionist came to ask me if I had recieved an alert, I said No, thinking it was network, because According to the Guy, he has been debited cos he even showed the receptionist my name and the debit Alert, so we felt it was network and the receptionist decided to check him in.

After some hours, I didnt recieve any alert, I told the receptionist and he said okay, he will let the Guy know. The Receptionist was really Humble to this Guy hoping the Guy will settle his bill afterwards. This Guy ordered for food and drinks (As you can see some of the pictures of what he ordered) those pics are the ones he ordered in the room ooh, not even at the bar , he invited his friends too and made lots of order from our Bar and Kitchen. When it was time to Pay, He said his network was disturbing and hence he is lodged in our hotel, we dont have any problem, he will pay his dept.

he Receptionist had to Alert the Security that so so Customer is owning and shouldn’t be allowed to leave if He doesnt pay his dept. The receptionist was done with his shift and left, but had to come to work early the next day because of this same customer just so he can clear his dept because the depts were on the receptionist name.

The other receptionist who was on duty that Morning seized this guy’s phone and said she wont give him until he had settled them because it’s the both of them that were to balance their account that Morning hence they both shared shifts.. He picked offence at her and told the other receptionist (the Male receptionist)to lend him his phone to call his sister to know if she had transfer the Money, which the guy did, not knowing what he was up to. He took this guy’s phone and dailed a number which he saved as (Gt bank), the number he saved was probably his cos he had a smaller phone with him. He then sent a text message with that Number he had saved as Gt bank and this was what the Message read.
(Acct: 0239426762
Amt: 60.000.00 CR
Desc: T\F-IJEOMA IKEDURU 2348063461701
Avail Bal: 63,102.55). Evidence of the message is seen in the pictures below.

Before then, he asked the receptionist guy how much he had as his balance, out of ignorance, he said 3k, and the guy’s total bill was 60k, hence if he is to send 60k, total ledger balance will be 63k.
The Receptionist didn’t know it was a Fake Alert. He felt it was Gt bank that sent him the credit Alert because of the name saved as (Gt bank).. And the Balance read 63k.

So we all hoped that he had paid naa hence the guy has recieved the Alert cos that was what he told us. So the Receptionist Guy ran out to withdraw the Money, b4 he left, the Useless Guy came to me and said I Hope the Guy wont run away with the 60k that the money is too big, I said No, not knowing that reverse was going to be the case.. So we were waiting for the Receptionist to bring the Money so I can do my account for the day with them, the Guy then said he wants to excort the girls he lodged with last night that he will be back hence he is retaining cos we also included his retaining amount in his bill which summed up to 60k.

Since According the Receptionist Guy, He has recieved the Alert so there was no need holding his phone or stopping him from escorting his friends. So we gave him that benefit of doubt. Within a Spacing of 2mins, he had entered bike, and then immediately, the Receptionist Guy called and said the bank told him insufficient fund. He was confused and said the Atm machine didnt pay him. But that his balance is 63k. Unfortunately this Guy had Moved, the receptionist guy had to come back feeling devastated.

We called the criminal with the number he had registered with when he was lodging. He said his name is Alex, I dont know if it’s his real name. I tried calling to dialogue with him and told him what he has done is Ungodly and inhuman and he could jeopardize the job of the receptionist, the security and other staffs involved, he was acting remorseful initially and said ok he will pay half and pay the rest on Monday, and that I should send my account details to him, which I did, but I had sent an account I wasn’t using that much. Not knowing the Guy was buying time. After all and all he stopped picking his Calls. That’s when we realized We had been played. I checked the number he saved as Gt bank and saw he was on WhatsApp, and that was where I saved the profile Picture. This same cloth he is wearing in the Picture is the Same cloth he wore the day he checked in, and the day he disappeared. Fine senseless criminal Guy.

I know Some People might Suggest I report to the Police, but I know the Money I will spend in the police to get justice might be more than what the guy ran away with, I have experienced it before when I tried reporting an issue, Ordinary to file a complaint or get Police Report if I no hold bar, dem fit no attend to me. so I decided to use Social Media, cos I know social Media also have power and sometimes serves justice faster.
So dear Friends and business owners, Be careful out there. People are really mean. Before someone does a transfer, be sure you have recieved an Alert and your balance increased, beware of fake money, fake transfer and be careful who you give your phones to.

Please if you See this Guy any where, raise an Alarm and inform the police. This Happened in Portharcourt. He is a fraudster. And has no conscience. Thanks. 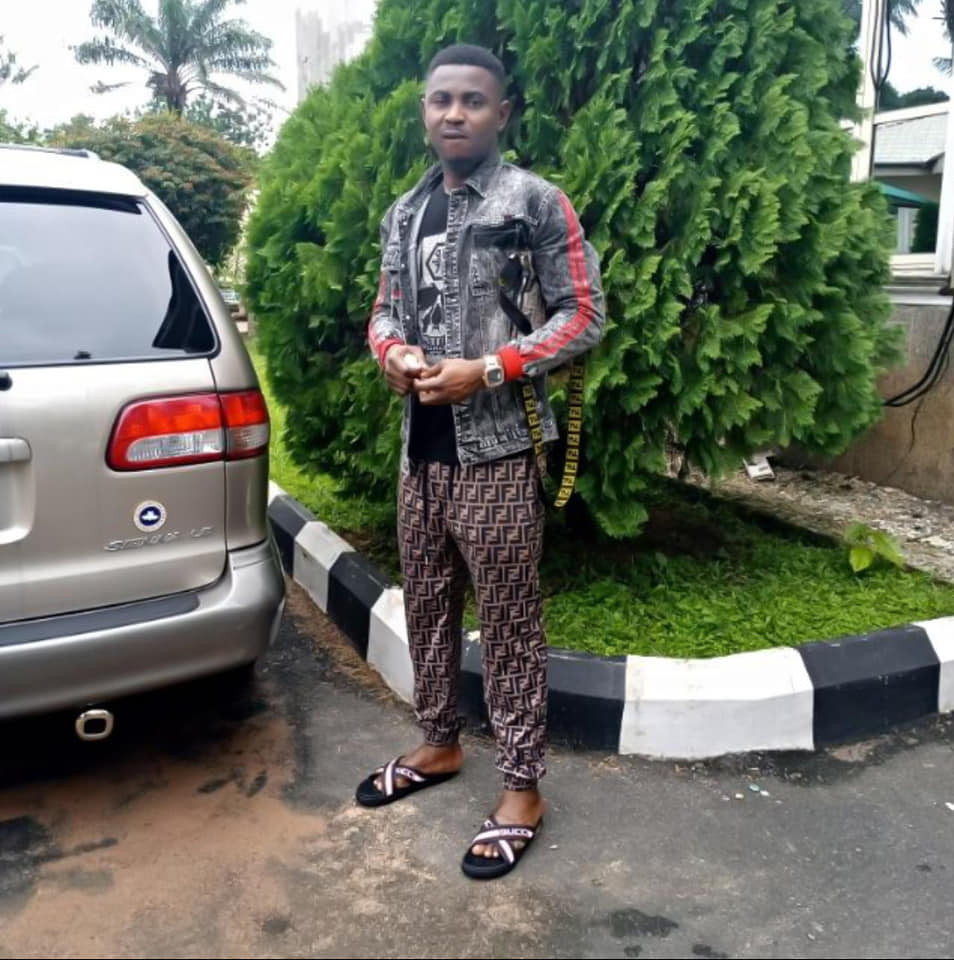 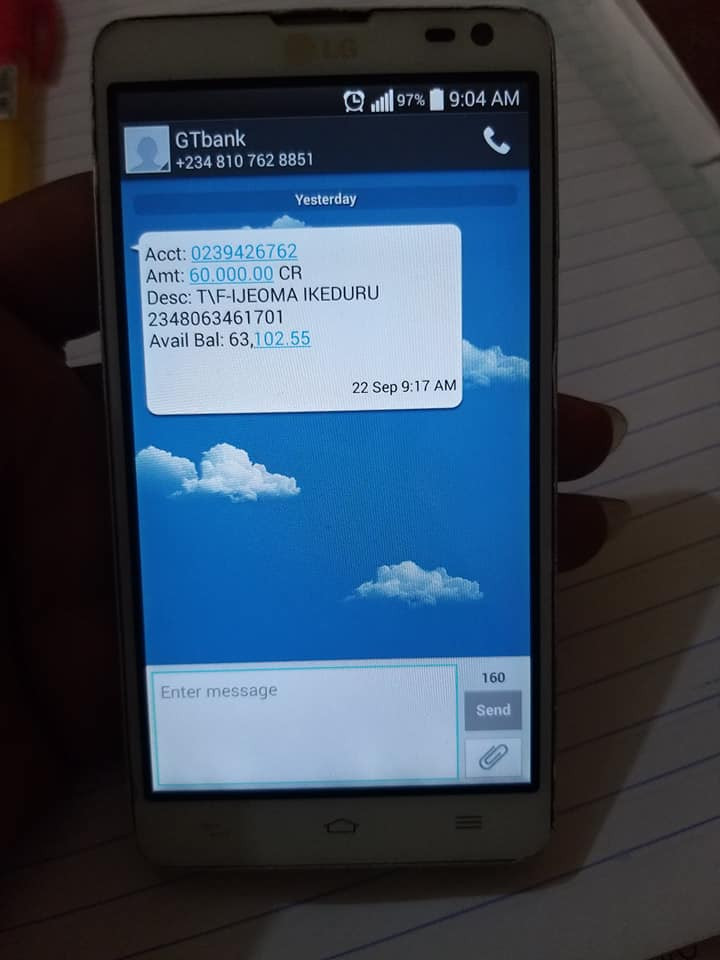 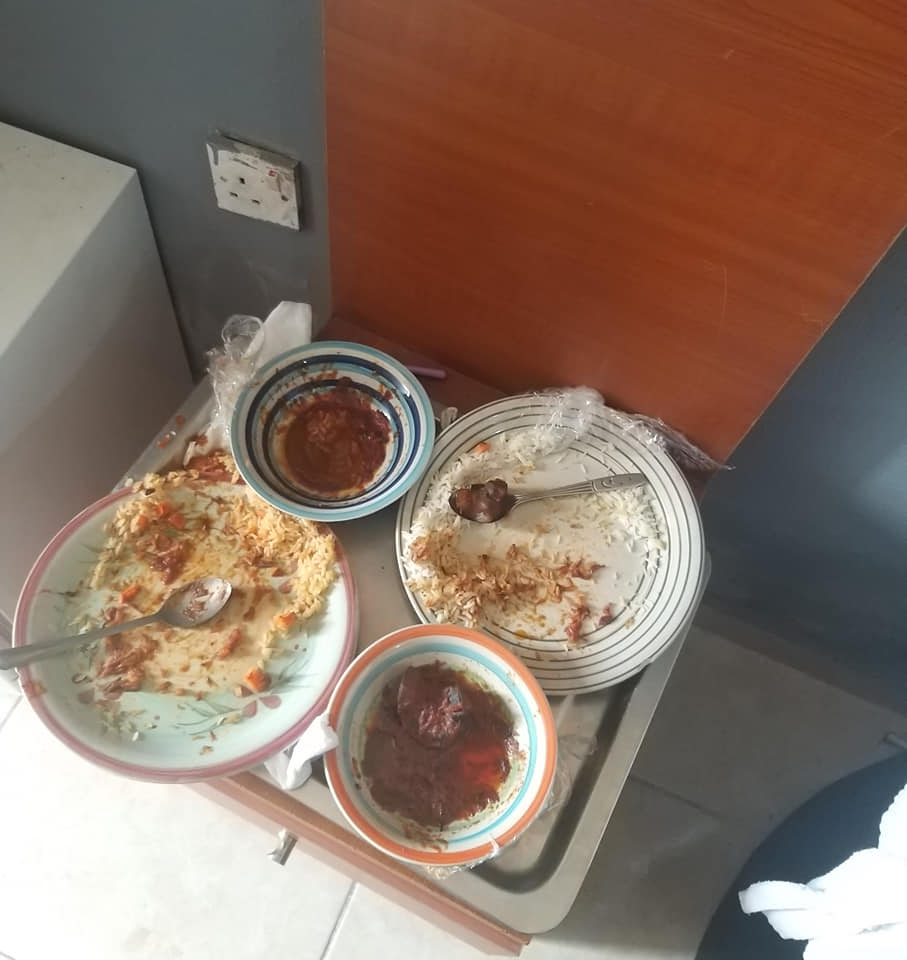 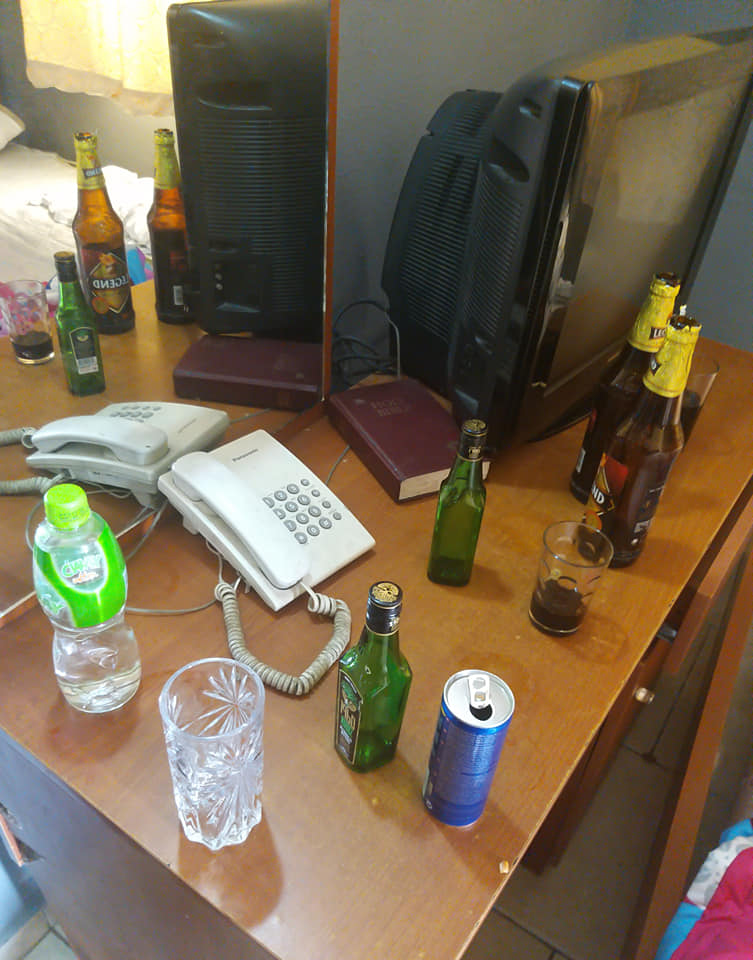 VIDEO: Nigerians in Canada pay tribute to the victims of #EndSARS and #Lekkimassacre

#ENDSARS: Pope Francis Calls For Prayers Over Unrest in Nigeria