South African rapper, AKA has dropped his pride to end a message to Burna Boy despite vowing that he will never make a first move to reconcile with him after they had bot had a fallout during Xenophobic attack against Nigerians.

Burna Boy, the present African giant in the music industry, blasted AKA in a series of tweets in September, when the Xenophobic attack was widespread and uncontrollable in the country. 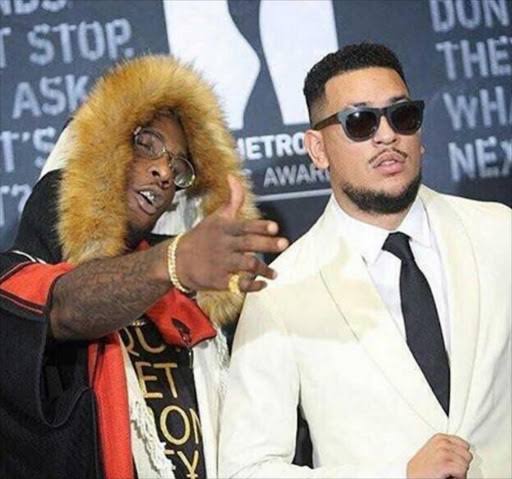 In Burna Boy’s tweet, he persuaded Nigerians and other black foreigners living in SA to fight back against the xenophobic attackers. He went ahead to issue threats to AKA as well, although he has now deleted the tweets.

One of his statement that caught our attention was when he vowed that he will never set foot in South Africa again until the government controls its people.

Well, it seems he has changed his mind as he is set to perform in the country a month after as part of the Africans Unite line-up to “unify all Africans and speak out against femicide”.

Burna Boy has been promoting the event; that is scheduled for November 24 in Pretoria, on twitter which caught AKA’s attention. AKA took to Twitter to ask him to apologise.

Burna Boy has yet to respond to the request.

“Ek se … Burna Boy. All we want is an apology. We know SA is not perfect, but we took you in as our own before you reached these levels. You say you are an AFRICAN GIANT, prove it,” he wrote.

Ek se … @burnaboy all we want is an apology. We know 🇿🇦 is not perfect. But we took you in as our own before you reached these levels. You say you are an AFRICAN GIANT, prove it.

Leadership. I am willing to swallow my pride and put an end to this division. @burnaboy Are you? https://t.co/pXZTLCZvtG